The San Bernardino County case remains under review by the District Attorney's Office as to whether new charges will be filed against Neal. 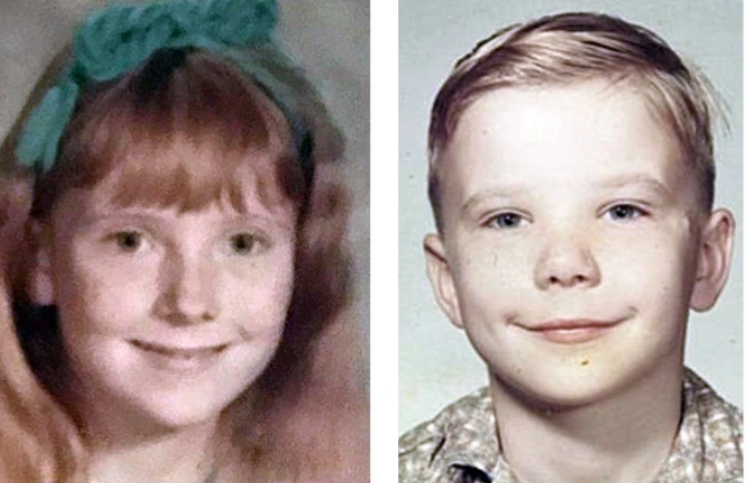 In 2018, Chrissy Salley was ready to figure out what happened to her estranged mother. In 1980, the Virginia resident was taken from her mother's custody at 2 months old, and even after being adopted by her half-uncle and knowing much of her nuclear family, her mother's story remained a mystery to them all.

Salley hired a private investigator and began building a paper trail towards some closure on the mystery. In December 2020, Salley's DNA was matched with the remains of a woman found buried in the desert in one of San Bernardino County's oldest cold case homicides — and a nightmare result began to unfold that she could have never anticipated.

The DNA hit led to the revelation that Salley's mother and her boyfriend were, in 1980, two young people who became murder victims in a cross-country hitchhiking effort gone awry. Having finally learned the fate of the pair they hadn't heard from for more than 40 years, some of their family members today are dealing with shock, pain and even self-blame from the revelations.

In April, Pamela Dianne Duffey and William Everette Lane were confirmed to be the identities of two bodies discovered buried in a remote part of the Mojave Desert in November 1980. Both were allegedly killed and buried near Ludlow and I-40 sometime in mid-1980 by convicted Mississippi murderer Howard Monteville Neal, the San Bernardino County Sheriff's Department announced April 21. Both were believed to have been about 20 when they died. Efforts to identify them were unsuccessful until Salley's DNA was found to be a match for her mother.

The world looked different in 1980. Jimmy Carter was president and Russia was still part of the old Soviet Union. Cell phones, email, the internet and social media were years away — long-distance communication leaned largely on U.S. Mail and landline phones.

A hit song at the time, ironically, was Willie Nelson's "On The Road Again."

Duffey and Lane were known to relatives as living transient lifestyles with occasional run-ins with the law, though neither were ever officially reported as missing persons, Sheriff's Investigator Gerrit Tesselaar said. Some family members never even seriously considered until the past few years that either were possibly dead.

Lane's mother Sandra Blair, 76, explained in an interview that she and the rest of his family just assumed "Billy" was off "doing his own thing."

"I just assumed that (his siblings and father's family) had reported him missing," Blair said. "Then I find out that there was never a missing persons report on him and his remains have been with the (San Bernardino County Coroner's Office) since 1980."

A native of Swainsboro, Georgia, Blair moved to Florida as a child and wound up raising her eight children in Jacksonville, with Billy being the oldest after having him at age 14 in 1960. Blair now lives about an hour west of Jacksonville in Lake City.

At the time of Billy's hitchhiking effort, neither he nor Blair were in each other's lives much. In 1972, Blair and her husband had divorced, which resulted in him having primary custody over the children, she said.

As the single mother struggled to provide for her children, Blair found herself in legal troubles after she was arrested for "writing bad checks" for groceries and clothes for her family, she said. Her ex-husband's wife ended up adopting seven of the eight children, however, Billy was the only one who refused, she said.

As a child, Billy did well in school, stayed out of trouble and helped raise his seven siblings, Blair said. However, the period after the divorce was not easy for her oldest child, who began running away at age 14.

"Things were just real rough for (Billy) at home," Blair said. "He started running away from home and started to get in trouble."

The last time she saw Billy, she said the two were legally not even supposed to be together since they were both on probation. He had visited her in Jacksonville in early 1979 in search of money to help support him and his girlfriend, who Blair believes was possibly Pamela Duffey with him at the time.

Duffey's daughter knows that her mother played the flute in high school, earned her GED and began going by her middle name in her late teens. However, Salley's knowledge of her mother's life remains limited.

Salley was taken into protective custody by the Northampton County Sheriff's Department after Duffey's car reportedly broke down in Virginia while with Billy.

Duffey later traveled to Mobile, Alabama, as she awaited Billy's release from prison after he was caught trying to steal baby formula and diapers for Salley, Salley said. While in Alabama, Salley informed her mother of her plans to hitchhike across the country with Billy.

On June 8, 1980, she formally signed her maternal rights to Salley away, her daughter said.

Salley said in the years following their departure, her half-uncle and grandparents made attempts to locate Duffey. She said a relative of hers in the FBI even unsuccessfully ran Duffey's Social Security number in search of any activity.

In an August 2017 jailhouse interview, Neal admitted to Tesselaar and San Bernardino County's District Attorney's Office Investigator Steve Shumway to picking up two young hitchhikers in 1980 and taking them to his home in Ludlow. After an argument broke out, Neal allegedly shot and killed the man later identified as Lane and then sexually assaulted the woman, now known to be Duffey, before killing her as well, the Sheriff's Department said.

"I had always known that (Duffey) was no longer with us, but for her to pass away that way was very shocking to learn," Salley said.

"Without actually admitting it, (my youngest son) knew once that (Billy's Social Security) activity stopped, he knew that something had happened to him," Blair said. "Billy wasn't trying to hide from anybody; he was working as he was hitchhiking around."

When Salley first learned of her mother's fate, she said she was in "shock" for the first week. While most of her relatives who would have known Duffey had long since died, she said her remaining family shares her sentiments.

Tesselaar said when he first got into contact with Billy's family, his step-mother picked up the phone.

"He's dead, isn't he?" Tesselaar said was the first question she asked once she learned who the call was about.

When the investigator got in touch with Blair and broke the news, Tesselaar said she was pretty emotional. The pain remains fresh for Blair, who has regrets for what she described as having "ran off" after losing guardianship of a majority of her children.

"His not getting along with his step-mother and the fact that his dad and I had gotten the divorce and with me not being able to help him like he needed, that all led to him leaving Florida and winding up where he did," Blair said tearfully.

Blair looks forward to Billy's ashes being released and returned to Jacksonville in the next two weeks. On May 23, Billy would have turned 61 years old.

In addition to Blair, Billy is survived by four brothers, a sister and and a half-sister.

Tesselaar said the Sheriff's Department's victim advocate group will help both families with costs related to cremation and burial. Salley has started a GoFundMe to help with other related expenses, including her family's travel from Virginia to Florida, where they plan to bury Duffey in a plot next to her parents.

Duffey is survived by Salley, two grandchildren and a half-sister.

In addition to learning her mother's fate, Salley also learned the man listed as her father on her birth certificate was not a DNA match, putting her back to "square one" on that search, she said.

Although Blair has found some relief in finally knowing what became of her son, she still does not rest easy knowing the man who allegedly killed him was not being "legally punished" for it, Blair said.

Neal, after killing Duffey and Lane, left Ludlow with his wife. He was later convicted in a triple homicide the next year in Mississippi. Investigators said he shot and killed his brother there and then sexually assaulted two nieces, ages 12 and 13, before killing them. Neal, 68, initially received the death penalty but that was knocked down to life in prison when it was determined he was mentally challenged.

The San Bernardino County case remains under review by the District Attorney's Office as to whether new charges will be filed against Neal.

Blair has many questions she would like Neal to answer, including the reason why he killed her son and Duffey.

"I think that if I could just hear the why he did it — what made him do it — that I might be able to rest easy," Blair said. "I sleep very little now and I blame myself a lot for what has happened.

"I want to hear Howard Neal tell me why he did it. Why he couldn't have just dropped them off where they were going."

Efforts to find an attorney representing Neal who could comment for him were unsuccessful.

Salley has been able to find some closure from the investigation. But finds herself thinking back to what her mother's final moments were like.

In Neal's 2017 confession, he said his unwanted advances on Duffey sparked an argument with Lane, which led to him fatally shooting Lane, sexually assaulting Duffey and then killing her.

"I can't help but think how scared she had to have been to see her boyfriend killed in front of her, and then be raped and — you just don't even want to think about it," Salley said.

Salley and Blair have contacted one another to offer condolences over the situation. Blair said speaking about the tragedy has helped relieve the "mental pressure" she has been dealing with.

Blair also wants to appeal to families going through difficult situations, especially a divorce. She urges parents to listen to their children when they say something is wrong and to "not walk away."

"I don't want anything to happen like what happened to my son," Blair said through tears. "I know everything happens for a reason, but for the life of me I can't figure out the reason for this."