Police say new DNA evidence that emerged in 2014 prompted a 22-month
hunt for a suspect that concluded last week with an arrest in Sherwood
Park. 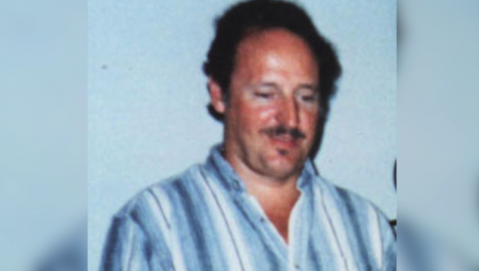 For a decade after his brother's murder, Ian Hepher would phone Calgary homicide detectives each year in March around the anniversary of his death to find out if anything new had emerged in the case.

For 10 years, he was disappointed.

Then, last week, long after he'd resigned himself to the possibility of never knowing more, the call came.

"I was very surprised. I was even more surprised to hear they had some good leads," Ian said.

Following a sprawling investigation that required the elimination of more than a dozen suspects over a span of 16 years, Calgary police said Tuesday that they've finally made an arrest in the 2001 homicide of Paul Hepher.

Paul, who police believe was targeted for financial reasons, was 49 years old when he was found shot to death in a basement suite of a residence in Mount Pleasant in March 2001.

Police say new DNA evidence that emerged in 2014 prompted a 22-month hunt for a suspect that concluded last week with an arrest in Sherwood Park.

Terrance Lane Wardale, 61, was charged with second-degree murder on April 13.

"This is a credit to the investigators in the homicide unit. They work on these files, every day, every week, every month and it's just diligence that was able to move this file forward."

Police say Paul lived "a relatively quiet life" and had no criminal history.

He was a musician and journalist and his family described him as a "very gentle, caring person."

The case stumped investigators for a long time. Numerous pieces of forensic evidence were gathered from Paul's basement suite, but investigators were unable to identify any suspects.

Then, in 2014, an RCMP crime lab was able to link new evidence gathered by investigators to forensic evidence left at the scene.

Though investigators knew who they were looking for, the suspect could not be found, police said.

Following a 22-month search, investigators located Wardale in Sherwood Park. A handgun believed to have been used in the shooting was also recovered.

Police say Wardale was not known to police, but they believe he and Paul were acquaintances.

Ian told Postmedia that he didn't recognize Wardale's name, but said he's impressed with the work detectives did to uncover it.

"It's a job well done by those cold case detectives for sure because it's not an easy thing to go back 16 years," Ian says.

His only regret was that their father hadn't lived long enough to see charges laid. He died about a year and a half ago.

"He was a man who believed strongly in justice and I think he would feel that it's nice to have some finish to this. Not in a vindictive way, but just as a matter of justice. That's pretty much how I feel, too," Ian said.

Coleman believes that Hepher was targeted for a robbery.

He did not offer further detail on how the linkage was made between Wardale and the new forensic evidence, but in a release Tuesday, police said "further investigative strategies were used to ensure the case had enough evidence to move forward with charges."

The white-haired and burly Wardale made a brief first appearance in Calgary provincial court Tuesday via closed-circuit TV from the Calgary Remand Centre.

Clad in standard issue blue overalls, Wardale did not address the court.

Duty counsel Mark Cluett asked that Wardale's case be adjourned to May 4, so he can get a lawyer.

"Mr. Wardale, we'll see you at that time," Judge Sean Dunnigan told the accused murderer, before adjourning his case until that date.

Ian said the arrest brings a measure of sadness.

"It certainly makes us all think about what life might've been like with my brother around — what kind of connections we would have had. My children got to know him, but but my grandchildren would've had a chance to know him as well and they never have."

— With files from Kevin Martin

For a decade&nbsp;after&nbsp;his brother's murder, Ian Hepher would phone Calgary homicide detectives&nbsp;each year in March&nbsp;around the&nbsp;anniversary of his&nbsp;death to find out if anything new had emerged in the case. For 10&nbsp;years, he was disappointed.
http://calgaryherald.com/news/crime/forensic-evidence-leads-to-homicide-charges-in-16-year-old-case
Tweet
How do you feel about this post?
Happy (0)
Love (0)
Surprised (0)
Sad (0)
Angry (0)
Tags:
cold case homicide Big Three: Chain of Custody assault  kits altered evidence
Justice denied: Lawsuit surrounding wrongful convi...
CMPD’s Lost and Found: a ham and a tombstone