During treatment, the fire crew became exposed to a powdered substance and had to be transported to the hospital for examination. 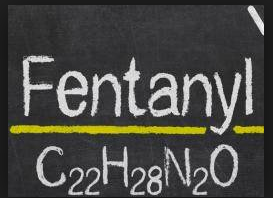 The Cape Coral firefighters who were exposed to fentanyl on Tuesday were cleared to return to work.

The incident happened on Tuesday, when four Cape Coral firefighters were exposed to lethal opioid, fentanyl, while responding to a call Tuesday morning. It happened after a fire truck responded to a call of two unconscious people in a vehicle in a vacant lot on NW 22nd Ave.

Unbeknownst to the firefighters, the patients were suffering from an overdose. During treatment, the fire crew became exposed to a powdered substance and had to be transported to the hospital for examination.

Three of the firefighters were cleared to return to work, and one firefighter was sent home as a safety precaution. Ladder 7 and the Lee County ambulances used for transport were decontaminated before being placed back into service.

The fire department said, "fentanyl is a powerful synthetic opioid analgesic that is over 50 times more potent than morphine. It blocks pain receptors so is prescribed for pain management. However, receptors for opioids are also found in the areas of the brain that control breathing so high doses can cause respiratory arrest, possibly leading to death.

Dr. Timothy Dougherty, emergency medical director at Cape Coral hospital, emphasized how deadly it is to come into contact with opioids, like fentanyl, in Lee County. For first responders, recent statistics show the odds are not on their side.

"Lee County in the last year, we've had over 800% increase in opioid deaths," Dr. Dougherty said.

Enter some description here...
https://www.winknews.com/2019/07/02/four-firefighters-exposed-to-fentanyl-cleared-to-return-to-work/
Tweet
How do you feel about this post?
Happy (0)
Love (0)
Surprised (0)
Sad (0)
Angry (0)
Tags:
exposed to fentanyl fentanyl
Ex-Mountie sentenced for cocaine theft, traffickin...
Idaho 1987 cold case solved through DNA recovered ...
Comment for this post has been locked by admin.