Smathers was terminated by the Sheriff's Office Aug. 30 after allegedly accessing the department's evidence room and removing items without authorization 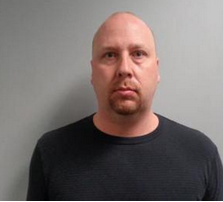 A former Haywood County Sheriff's Deputy has been indicted on several felonies, including trafficking Oxycodone.

Former detective Kevin Smathers was terminated by the Sheriff's Office Aug. 30 after allegedly accessing the department's evidence room and removing items without authorization, according to a press release sent out by Sheriff Greg Christopher in September of last year. The release said Smathers took various items on "a number of occasions."

Although Smathers, 36, was indicted on the charges — which include 15 counts of breaking and entering and the one trafficking count — last month following an SBI investigation, the indictments were sealed from the public until Monday morning at 8 a.m.

"This evidence storage room is a structure designed to house and secure within it certain activity and property relating to criminal investigations and the seizure and storage of items of evidence," the indictments read.

In addition, one indictment says Smathers trafficked "in opium or heroin by knowingly possessing 14 grams or more but less than 28 grams of a compound, preparation, and/or mixture containing oxycodone, an opiate derivative."

The date of offense listed on the indictments range between June and August of last year.

While the breaking and entering charges would give a judge some discretion in sentencing, the trafficking charge comes with an automatic mandatory minimum sentence, as well as a mandatory fine of $50,000.

Although Christopher wouldn't comment on the new indictments, in last year's press release he made a plea to the community that this was an isolated incident that was handled quickly and properly.

Smathers began working for the sheriff's office in 2007 and was promoted to detective in 2015. Although he was never assigned to the county's drug task force, he did have access to "items including money, weapons, and narcotics," Christopher said last year.

Smathers is scheduled to appear in court next month.

A former Haywood County Sheriff’s Deputy has been indicted on several felonies, including trafficking Oxycodone.
https://www.themountaineer.com/news/former-deputy-hit-with-felonies/article_71f34ab8-3e9b-11e9-b622-ef65683e6135.html?utm_content=buffera15c5&utm_medium=social&utm_source=facebook.com&utm_campaign=buffer&fbclid=IwAR0bO_WDcO0HdqJwS7eDNjFvFp0vDQLwZ9q1R2fymBidEYVyDtxzFzGMxpE
Tweet
How do you feel about this post?
Happy (0)
Love (0)
Surprised (0)
Sad (0)
Angry (0)
Tags:
evidence room breaking and entering
ATF Caught w/ Pants Down, Scrambling to Find Thous...
West Side police to dispose of drugs with incinera...