A contract security guard at the facility has been stealing federal property since 2016, including automatic rifles, semi-automatic handgun 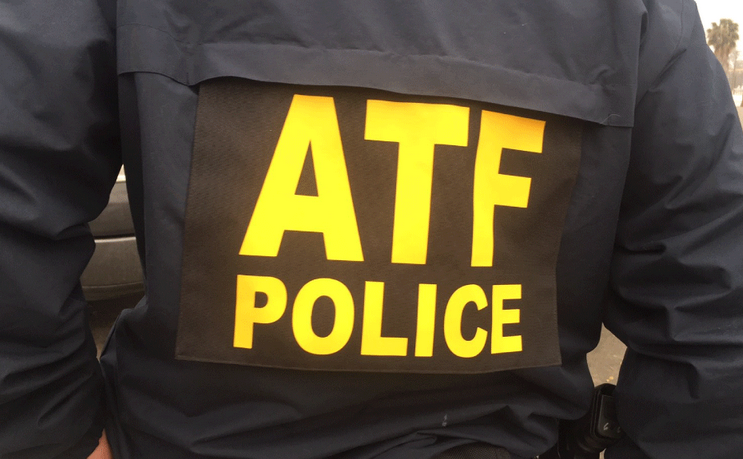 The Bureau of Alcohol, Tobacco, and Firearms (ATF) found itself in hot water last week when an investigation by the Milwaukee Journal Sentinel revealed that thousands of firearms and firearm parts had been stolen from an ATF gun-destruction facility in West Virginia.

According to the report, a contract security guard at the facility has been stealing federal property since 2016, including automatic rifles, semi-automatic handguns, Glock slides, magazines, and scopes. The ATF is being cagey about how many firearms the guard stole, but his plea agreement indicates that he nabbed at least 3,000 Glock slides, over 4,000 firearm parts, fifteen rifles, eighty handguns, and nine NFA Class III firearms.

The ATF hasn't said how many of the firearms and parts it has recovered, but the Journal Sentinel reports that the stolen firearms have been recovered across the country, in Mexico and the Caribbean, and at crime scenes. All 25 ATF field offices have been tasked with recovering the firearms.

April Langwell, the agency spokeswoman, told the Journal Sentinel, "Most of the property has been recovered; however, the investigation is ongoing so we cannot provide additional details."

"There are lessons to be learned from everything," she wrote. "No business or organization is immune to the damage that a corrupt contractor, especially a security guard, can inflict."

The ATF first learned of its security breach in February of this year when the Philadelphia Police Department recovered a .40-caliber Glock handgun, the slide of which was traced back to the ATF's National Firearms and Ammunition Destruction Branch (NFAD) in Martinsburg, WV. The ensuing investigation revealed that a 52-year-old contract security guard named Christopher Yates had stolen the slide, and he admitted to stealing from the facility for the past three years.

According to his plea agreement, Yates, who had access to the entire facility, would enter before the other employees arrived and steal firearms and firearm parts. It's unclear how he smuggled the weapons out of the facility or why some of the firearms were falsely listed as being destroyed.

Yates sold Glock slides for $30 a pop along with complete firearms. The agreement lists several specific examples, including a Sig Sauer P229 he sold to a contract maintenance worker at NFAD for $300 and a Springfield 1911 he sold to the same worker for $450. That 1911 had been recovered at a criminal investigation in Florida.

One of Yates' biggest clients, based on the information in the agreement, was a Pennsylvania firearms dealer named Adam Schreiber. Between 2016 and 2019, Yates sold to Schreiber 15 rifles, 40-50 Sig Sauer handguns, 30 revolvers, 10-15 AR-type lower receivers, and four automatic weapons. It's unclear how many of those firearms, if any, have been recovered.

Agents recovered in Yates' apartment $1,000 in government property he stole from NFAD. Upon his arrest, they found two firearms in his truck he had stolen from the facility, including a fully automatic FN P90.

"The ATF is tasked with protecting our communities and the theft of a substantial amount of weapons, parts and ammunition from ATF facilities raises significant concerns," they said. "Our committee is seeking a full accounting of this situation, and we hope the ATF will be as transparent as possible while we continue to pursue answers."

Enter some description here...
https://www.gunsamerica.com/digest/atf-caught-w-pants-down/?fbclid=IwAR2zw_2kuf0OrU0hZ0hXNR3QtJhr3W4GnYiFTJbcURGP5v71x2Amo9xHh20
Tweet
How do you feel about this post?
Happy (0)
Love (0)
Surprised (0)
Sad (0)
Angry (0)
Tags:
Gun destruction facility STOLEN FIREARMS atf
High-ranking officer resigns after allegations of ...
Former deputy hit with 16 felonies
Comment for this post has been locked by admin.