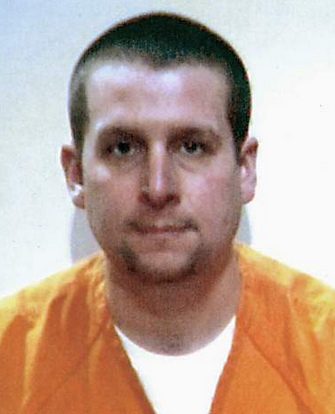 DONORA – A former part-time Donora police officer was arrested Tuesday on charges he stole 133 stamp bags of heroin from the patrol room while he worked there in August.

The state police organized crime task force arrested James Bowman Johnson V, 29, of 2202 Walch St., Carroll Township, on a string of charges accusing him of slipping the drugs under his bulletproof vest Aug. 11 and placing them into his patrol bag and then his personal vehicle, court records show.

Police said Johnson was questioned about the theft Nov. 16, and that he confessed to stealing the heroin for his personal consumption, according to the affidavit supporting the criminal charges in the case.

The 133 stamp bags, along with another 237, were seized Aug. 10 by Donora police and the Washington County Drug Task Force from a residence and vehicles in Donora under the terms of a search warrant. They were placed in separate sealed envelopes and stored Aug. 11 in a box in the patrol room to await their transfer to the state police crime laboratory in Greensburg.

"Due to unforeseen police incidents, the items were not transported to the crime lab at this time," a trooper stated in the affidavit.

The department's surveillance video was reviewed after one of the envelopes was discovered missing the next day, and it revealed that Johnson was the only person who handled and examined the evidence while he worked a 3 to 11 p.m. shift, the court record alleges.

Johnson had been employed as a part-time Donora police officer since 2011, the record shows.

"Any time a sworn law enforcement officer violates the trust placed in him by the public it is a serious matter," Vittone said.

He said he believed that Johnson has relinquished his police officer certification.

Vittone said he could not discuss the specifics of the case.

"Generally, as you know, (heroin) cuts across all socioeconomic boundaries," Vittone said. "It's an epidemic."

Johnson was charged with stealing 133 stamp bags of heroin from a police station by misrepresentation, drug possession, theft, obstruction of the administration of law, misapplication of property entrusted to a government and tampering with evidence.

He was detained in Washington County jail Tuesday before he posted $25,000 bond set by District Judge Mark Wilson.

A Carroll Township man has been arrested on charges he stole heroin from the Donora police station's evidence room while he worked there as a police officer.
http://www.observer-reporter.com/20170111/former_donora_officer_charged_with_stealing_heroin_from_patrol_room
Tweet
How do you feel about this post?
Happy (0)
Love (0)
Surprised (0)
Sad (0)
Angry (0)
Tags:
East Coast officer arrested
Butler County evidence video "edited, manipulated"...
Pizza Slice DNA Leads to Arrest in Home Burglary C...