Former Greenwich officer, who was addicted to heroin during employment, pleads guilty to possession of firearms

He first took five guns from the Ansonia Police Department that were seized in a state search warrant in 2018. 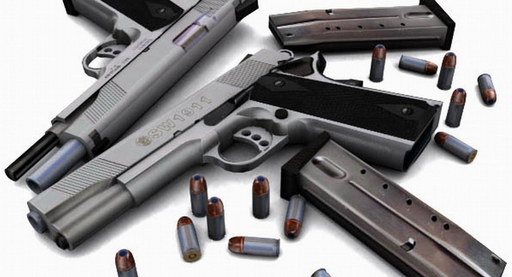 A former Greenwich police officer who prosecutors said was addicted to heroin during his employment pleaded guilty to federal firearms charges after investigators said he illegally transferred five firearms on behalf of his drug dealer.

Joseph Ryan, 57, pleaded guilty to possession of firearms by an unlawful user of a controlled substance Monday afternoon before U.S. District Judge Jeffrey A. Meyer.

In April 2019, Ryan was a Greenwich police officer. He first took five guns from the Ansonia Police Department that were seized in a state search warrant in 2018.

Months later in August and September 2019, Ryan would steal three more firearms that were obtained in a control purchase during an investigation of a man named Malique Martin, who Ansonia police were looking into for illegally dealing firearms without a license.

"The investigation revealed that Ryan, who was addicted to heroin transferred firearms to an individual who was a convicted felon, and who helped facilitate heroin transactions between Ryan and a heroin supplier," investigators said. "Some of the firearms were then transferred to Martin."

Martin pleaded guilty to two firearm charges and was sentenced in June to 366 days in prison.

Ryan was arrested in February 2020 on a federal criminal complaint and faces a maximum sentence of 10 years. He's currently free on $100,000 bond and will be sentenced on July 6.

Jessika Harkay can be reached at .

Former Greenwich officer, who was addicted to heroin during employment, pleads guilty to possession of firearms - Hartford Courant