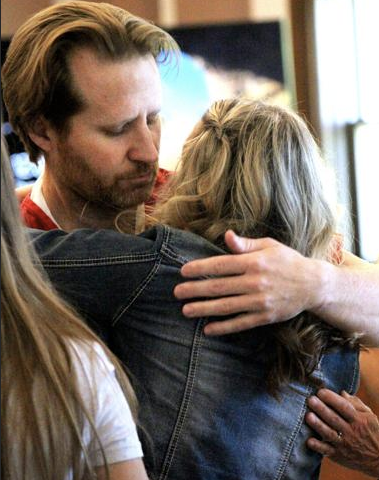 A former Plymouth County Deputy Sheriff has been sentenced to up to four decades in prison on theft and burglary charges. Forty-three-year-old Aaron Leusink was accused of stealing prescription pain medication and other property from the evidence room at the sheriff's department and from two pharmacies as well as homes in the area.

Leusink had over 1600 pills in his possession when he was arrested in the spring of 2020. Leusink spoke during his sentencing hearing.

"I've made some mistakes, your honor…I fully understand all of the people that I've hurt," he said. "I apologize to my co-workers. I haven't talked to any of them for two years. I had friendships that I didn't think could be broken, bonds that couldn't be broken. They were brothers and sisters to me and I violated all of that."

Prosecutor Monty Platz had asked for the maximum penalty on most counts, saying Leusink had betrayed the public trust. "These crimes were committed almost exclusively either through or with the aide of his badge," he said, "getting access to homes he otherwise would not have access to."

The former Plymouth County Sheriff, the current sheriff for the county and a deputy sheriff were among several people who gave victim impact statements during Thursday's hearing. Leusink, who pleaded guilty to 11 different charges, was sentenced to 25 years in prison for first degree burglary, 10 years for second degree burglary and five years for felonious misconduct in office — for a total of 40 years in prison. Eight other counts for burglary, theft and unlawful possession of prescription drugs will be served concurrently.

Enter some description here...
https://www.radioiowa.com/2022/06/02/former-iowa-deputy-sentenced-to-40-years-in-prison-for-stealing-pain-meds/
Tweet
How do you feel about this post?
Happy (0)
Love (0)
Surprised (0)
Sad (0)
Angry (0)
Tags:
deputy sentenced prescription pain med
$27K of seized cash missing from Tennessee police ...
More than $200,000 collected during drug raids goe...
Comment for this post has been locked by admin.