Zinke was charged in April 2015 after an Illinois State Police investigation into allegations she kept medications that were meant to be delivered to her department's evidence vault. 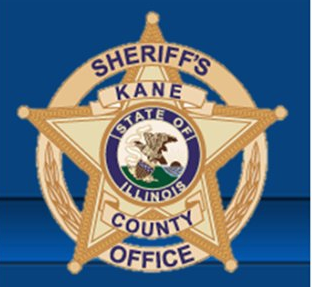 A 40-year-old woman who pleaded guilty to a drug crime she committed while working as a Kane County sheriff's deputy cried Thursday after a Lake County judge sentenced her to 30 days in jail.

However, Kimberly Zinke will likely be released from jail at 12:01 p.m. Friday because Judge Patricia Fix stayed 23 days of the sentence she issued during a hearing Thursday. Zinke will also receive day-for-day credit for seven days in jail she was ordered to serve immediately, and two days' credit for time served after her April 2015 arrest.

Defense attorney Doug Zeit was angry with the sentence, yelling as Fix left the courtroom, "Do you think seven days in jail is really appropriate in this case?"

Fix also sentenced Zinke to one year of probation, imposed a $2,500 fine, required her to submit to random drug testing while out of jail, told her not to possess drugs or alcohol while on probation, blocked her from working at a location where the primary business is the sale of alcohol or drugs, and required she attend a drug or alcohol treatment evaluation.

Zinke maintained her innocence in court, even though she pleaded guilty to the misdemeanor count of attempted possession of a controlled substance in January.

"The last three years have been very trying," she said. "I loved my job and I lived for my job."

Felony counts of possession of a controlled substance were dismissed by prosecutors in exchange for the plea deal.

The misdemeanor charge was punishable by up to a year in prison. Had she been found guilty on the felony charges at trial, she could have been sentenced up to three years in prison.

Zeit also said Zinke entered an Alford plea on the misdemeanor charge. That means Zinke admits the prosecution can prove it case beyond a reasonable doubt, but she does not concede she was guilty.

Zinke was charged in April 2015 after an Illinois State Police investigation into allegations she kept medications that were meant to be delivered to her department's evidence vault. On April 16, 2015, police placed marked pill bottles in a prescription dropbox in the Pingree Grove Police Department lobby. For two days, officers used cameras to see if Zinke delivered the medication to the Kane County sheriff's office but never saw her dispose of the marked bottles, documents said. Officers also did not find the marked bottles in the sheriff's evidence vault.

Zinke was indicted after an April 2015 search of her house. Assistant Lake County State's Attorney Reggie Mathews said Thursday that 2,000 to 3,000 pills were recovered.

The case was transferred to Lake County after McHenry County judges recused themselves. Zinke's husband, Andrew Zinke, previously worked in former McHenry County Sheriff Keith Nygren's administration, and he ran for sheriff in 2014 when Nygren announced his retirement.

In court Thursday, Zeit said a work injury and surgical procedures resulted in Kimberly Zinke's having dozens of prescription medications in her name at her home.

A 40-year-old woman who pleaded guilty to a drug crime she committed while working as a Kane County sheriff's deputy cried Thursday after a Lake County judge sentenced her to 30 days in jail. However, Kimberly Zinke will likely be released from jail at 12:01 p.m. Friday.
http://www.dailyherald.com/news/20180301/former-kane-county-deputy-sentenced-to-30-days-in-jail-for-drug-crimes
Tweet
How do you feel about this post?
Happy (0)
Love (0)
Surprised (0)
Sad (0)
Angry (0)
Tags:
Big Three: evidence vault controlled substance prescripton pills Chain of Custody assault  kits altered evidence
ATF investigating disappearance of cache of guns f...
Former Leadville Police Chief Sentenced For Thefts...