Admitted he stole painkillers from a community drop box 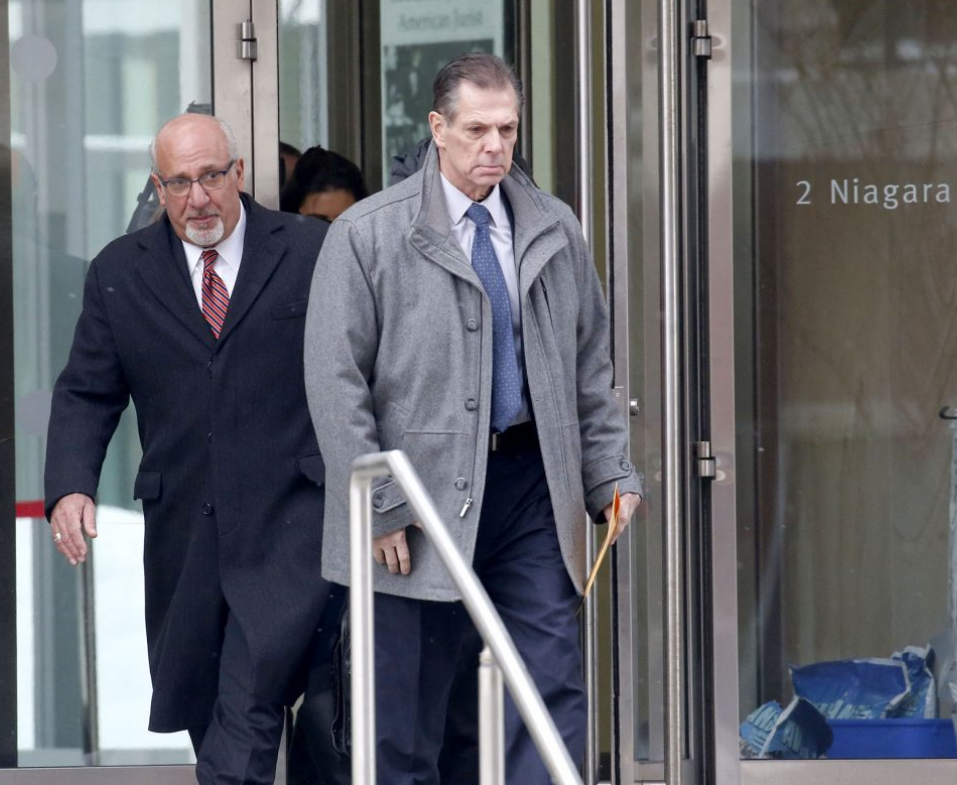 Peter J. Breitnauer, a 34-year veteran of the Kenmore Police Department, the last six as police chief, stood in front of a federal judge Thursday and admitted he stole painkillers from a community drop box.

The 68-year-old lifelong village resident also admitted storing the stolen hydrocodone in a closet in his office and illegally using the pills.

FBI agents said Breitnauer admitted an addiction to painkillers shortly after his arrest in October, but he made no such admissions in his plea agreement Thursday.

The plea deal will allow the former police chief to plead guilty to a misdemeanor charge and down the road seek expungement of his conviction if he stays clean and out of trouble. Federal prosecutors agreed not to oppose the request.

"He served in the military and spent 34 years on the police force and never a single problem," said defense lawyer Thomas J. Eoannou. "This provision in the law is designed specifically for people like Mr. Breitnauer."

He will face a recommended sentence of up to six months in prison but, under his plea deal, could receive what the law calls "special probation" and ultimately dismissal of his misdemeanor conviction. The law is designed for defendants facing their first drug possession conviction.

At one point Thursday, Schroeder, who is not obligated to accept the request for leniency, asked the former police chief if he was undergoing any kind of substance abuse treatment.

Later, Assistant U.S. Attorney Timothy C. Lynch informed the judge that Breitnauer had been subject to random drug testing since his arrest.

"Other than the day of his arrest, all of his drug tests have come back negative," Lynch told Schroeder.

In their agreement with the former chief, prosecutors detail what happened in early October when FBI agents confronted him at the Kenmore Police Station.

Agents asked Breitnauer about allegations that he was taking pills from the New York State Medication Drop Box at the station, where residents can dispose of unwanted drugs, and he admitted he was and that he was using them for his personal use.

At that point, the chief took agents into his office and showed them a closet with some of the pills inside. Agents estimated the number of pills at about 100.

At the time of Breitnauer's arrest, Eoannou attributed his conduct to a string of four surgeries – one for his back, another for his shoulder and two more for his knees – and his use of hydrocodone prescribed by his doctors.

The problem, Eoannou said, is that the Kenmore police chief was eventually cut off from his prescriptions but was still in pain. That's when he began stealing pills from the drop box.

"It's an all-too familiar story," Eoannou said at the time. "It's really a problem with the medical profession, and I'm not afraid to say that."

Prosecutors said the former chief told FBI agents he was addicted to hydrocodone, but they indicated there was no evidence that he ever sold the pills to others. .

"Chief Breitnauer has enjoyed a long and distinguished career," U.S. Attorney James P. Kennedy Jr. said in a statement at the time. "There is absolutely no evidence suggesting that the chief ever distributed any of the drugs he is alleged to have diverted."

FBI agents said Peter J. Breitnauer admitted an addiction to painkillers shortly after his arrest in October, but he made no such admissions in his plea agreeme…
https://buffalonews.com/2019/01/10/former-kenmore-police-chief-pleads-to-stealing-painkillers/
Tweet
How do you feel about this post?
Happy (0)
Love (0)
Surprised (0)
Sad (0)
Angry (0)
Tags:
DRUG DROP BOX East Coast CHIEF PLEADS GUILTY STEALING PAINKILLERS
Ex-sergeant arrested in Alamo over glasses, again
County officers hospitalized after exposure to fen...