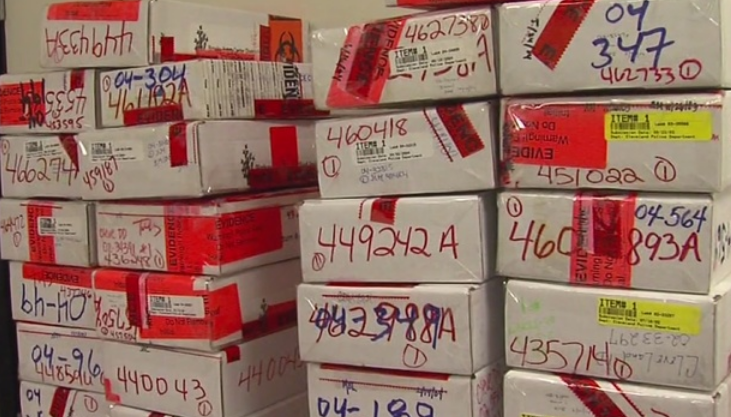 MEMPHIS, Tenn. -- Shocking new details are coming out of a lawsuit against the City of Memphis for the backlog of untested rape kits.

A former Memphis Police Lieutenant testified on Wednesday that detectives intentionally closed sexual assault cases without sending victim's rape kits out for testing or following up on leads first, and he said this type of negligence is still happening in the department today.

Former Lieutenant Cody Wilkerson said in his deposition that time and time again, he complained about these red flags he was seeing in sex assault investigations, but no one would listen and he was even told to stop talking to victim advocates.

Wilkerson worked for the Memphis Police Department for over 26 years before retiring last year.

He described a sloppy record-keeping system and many detectives who simply weren't doing their jobs.

Wilkerson said convicted rapist Sammie Grant is a prime example of why rape kits need to be tested.

He says Grant repeatedly raped a woman in a heinous burglary in 2006, but his victim's kit was never tested and Grant went on to rape two more victims – one of them being only three years old.

"That is the most valuable piece of evidence that there is, period, end of conversation, and for years they stockpiled those without sending them in and there's no excuse for that," said attorney Gary Smith about sexual assault kits.

WREG first uncovered the backlog in 2010. Wilkerson testified our coverage highlighted the problem but said the backlog had been common knowledge within the sex crimes unit.

The kits were stockpiled in several areas and Wilkerson described seeing one room of them for the first time in 2009, saying, "It just blew me away. The room was completely full. Wall to wall. Floor to ceiling."

"He proved the basics of the case we've maintained throughout this – that there was dereliction by the Memphis Police Department," said Smith.

Wilkerson testified detectives would often close cases without sending off victim's rape kits or following up on suspect information.

Instead, the information would go to what he calls "cyber space" without anyone knowing or any accountability.

Wilkerson says he brought this to several higher-ups' attention multiple times, but nothing was ever done.

"I don't think you can emphasize enough the changes that will ultimately, hopefully, result from this case having been brought and we can't forget that this was brought to light by the media," said Smith.

Wilkerson also said a major problem is detectives would get overloaded with cases and would get moved from serious cases to less serious ones.

The city attorneys didn't want to speak on camera. They pointed out multiple times during the deposition that rape kits aren't the only form of evidence in a case and technology hasn't always allowed for them to be tested for DNA.

MEMPHIS, Tenn. -- Shocking new details are coming out of a lawsuit against the City of Memphis for the backlog of untested rape kits.
http://wreg.com/2017/11/08/former-memphis-police-lieutenant-testifies-about-negligence-cover-up-in-sex-crimes-unit/
Tweet
How do you feel about this post?
Happy (0)
Love (0)
Surprised (0)
Sad (0)
Angry (0)
Tags:
assault  kits Chain of Custody Big Three: rape kit backlog altered evidence
Aberdeen Police Lieutenant Charged, Accused Of Ste...
Buckingham cops clear out evidence room by destroy...
Comment for this post has been locked by admin.