Alaska State Troopers said in a Wednesday dispatch that the Alaska Bureau of Investigation on Dec. 22 began looking into thefts from the
DPS building on East Tudor Road in Anchorage 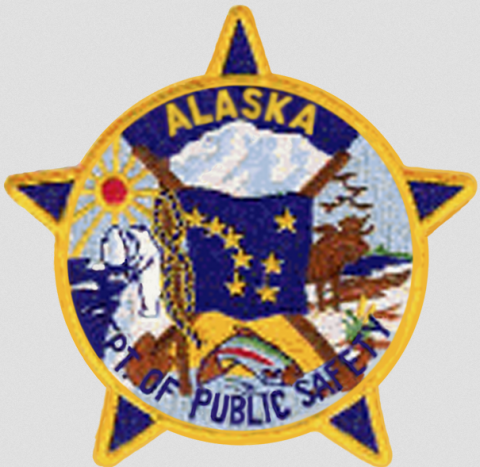 Two Anchorage residents, one of them a former employee at the state Department of Public Safety, have been arrested on charges that they broke into DPS headquarters to steal small sums of money last month.

Alaska State Troopers said in a Wednesday dispatch that the Alaska Bureau of Investigation on Dec. 22 began looking into thefts from the DPS building on East Tudor Road in Anchorage.

"Ramos was a DPS employee at the time of the incidents." Troopers spokeswoman Megan Peters said in an email that Ramos had been employed as an office assistant at the department from November 2013 until Jan. 6; state officials declined to say whether Ramos had quit or was fired. Peters said that the headquarters building does not include an evidence room for crimes investigated by troopers, who serve as part of DPS.

An affidavit supporting the charges against Ramos, written by ABI investigator Andrea Jacobson, said that a total of $534 in cash and checks had been reported missing from the building in December. During the same month, Ramos had entered the DPS building "numerous times" using her access card during night, weekend and holiday hours when "there was no legitimate reason for her to be in the building."

"At one point, Ramos' workstation, that included a scanner and computer, showed that she was using the equipment at the same time that her card was used to enter the building shortly after midnight," Jacobson wrote. "That indicated someone else was using her access card." On Dec. 27, DPS employees found an office door kicked open and $15 taken from a cash box, after Ramos had entered the building at 10:45 p.m. the previous night.

Crime lab technicians recovered a footprint from the door, and investigators recovered one from Ramos' driveway after she left for work. "These impressions were very similar to the footprint found on the door during the burglary," Jacobson wrote. "The crime lab analyzed the photographs taken from the snow impressions and concluded they were from the same maker and model of shoe." When investigators interviewed the suspects on Dec. 30, Jacobson said, Ramos told them that Ranem had accompanied her into the building and stolen money from the office.

"She also knew that she left her access card in the car and on occasions he would use it to enter DPS," Jacobson wrote. "Ranem stated that he knew of the money from Ramos' involvement and admitted to burglarizing the office. He thought he had stolen over $100." Ramos' prior criminal record includes only a speeding ticket, while Ranem's includes more than a dozen similar traffic offenses. Ramos wasn't listed in a state employee database Wednesday morning.

Ramos and Ranem were each charged with burglary, theft and criminal mischief, and held at the Anchorage Correctional Complex on $1,500 bail. Neither was listed in custody Wednesday in a statewide inmate database. Peters said that troopers were still tallying the total number of thefts and break-ins, as well as repair costs to the department. Troopers said in the dispatch that "additional evidence" was discovered during the service of search warrants in the case, but Peters declined to say what that evidence was due to the ongoing investigation.

Two Anchorage residents, one of them a state employee at the time, have been arrested on charges they broke into a state building last year to steal money.
https://www.adn.com/alaska-news/crime-courts/2017/01/18/former-state-employee-arrested-in-theft-from-public-safety-building/
Tweet
How do you feel about this post?
Happy (0)
Love (0)
Surprised (0)
Sad (0)
Angry (0)
Tags:
altered evidence assault  kits Chain of Custody Big Three: West Coast
CONTACT 13: Processing sex assault test kits delay...
Seven months later, still no update on missing evi...