Court documents indicate that Kober had previously been assigned to pick up the drop-off boxes from drug take-back events. 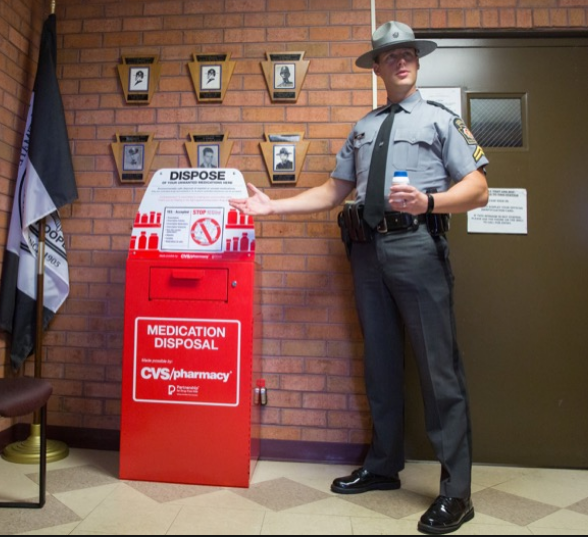 Former Nebraska State Patrol investigator Christopher G. Kober has been accused by federal prosecutors of stealing drugs while on the job and intending to distribute them to others.

The drug investigator was put on unpaid leave in May after prosecutors in Sarpy County charged him with felony theft, accusing him of taking ammunition from the patrol's Omaha facility.

Clarence Mock, his attorney, said his client intends to plead not guilty to the federal charges.

"Christopher Kober unequivocally denies any knowledge of the controlled substances that were found in the basement of his house," he said.

According to information from the U.S. Attorney's Office for the District of Nebraska, the grand jury charged Kober with acquiring drugs by fraud/diversion from January 2016 to March 17, 2017, and possessing with intent to distribute drugs within the same period of time.

According to the indictment, Kober acquired the drugs by "misrepresentation, fraud, deception and subterfuge ... in his capacity as an investigator with the Nebraska State Patrol on assignment to the Drug Enforcement Administration."

It alleges Kober acquired the drugs through "drug take back operations, overdose investigations and other means, accumulating more than 1,800 dosage units, and kept the prescription drugs and controlled substances concealed in his home rather than enter (them) into evidence or otherwise properly dispose of them."

Court documents indicate that Kober had previously been assigned to pick up the drop-off boxes from drug take-back events.

The combined possible penalty for the two charges is 24 years in prison, more than $1 million in fines, and four years of probation.

Back in March, according to court documents, Kober's wife called Bellevue police and pointed out "numerous ammunition cans" and "a significant amount of prescription narcotics" that were in their basement.

The patrol is revising its ammo policies in the wake of Kober's arrest. As of now, they have put a halt on any range ammunition leaving its ranges.

"We are certainly looking at inventory controls and ways of shoring up that supply of ammo," Thomas, the agency spokesman, said. "And those policies will be statewide."

There has been no comparable review of the drug policies, but that may occur as the facts of the federal case become known, he said.

The drugs in question are classified by the federal government as Schedule II drugs, which, according to the DEA, have a high potential for abuse, "with use potentially leading to severe psychological or physical dependence," according to the agency's website. Other examples of this class of drug include cocaine, methamphetamine and Adderall.