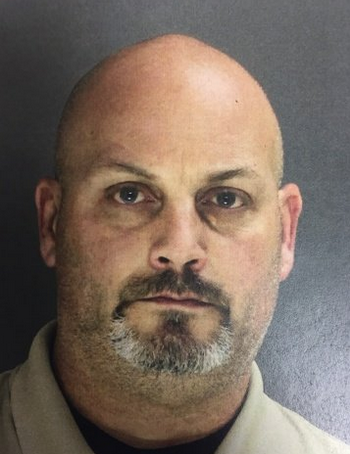 Rupert, 47, of Newberry Road in Londonderry Township, was sentenced by Judge Deborah E. Curcillo after pleading guilty to one count of theft by unlawful taking-movable property, a misdemeanor.

His sentence includes paying $500 in fines and costs, and a prohibition against using drugs and alcohol while on probation, according to court documents.

According to a criminal complaint filed by investigators with the Dauphin County District Attorney's Office on Jan. 18, Rupert stole money from the Steelton Police Department evidence room from Aug. 19, 2009, until "on or about" Feb. 20, 2017.

The total amount stolen was $1,000 "more or less," according to the complaint.

The investigation was prompted by an audit by Steelton police of the evidence room. It determined that money was missing, but that otherwise all narcotics and any other items in the evidence room had been accounted for, Steelton Police Chief Anthony Minium told the Press & Journal in January.

The audit was completed in early August 2018, Minium said. The borough following internal consultations referred the case to the DA's office in November.

Toward the end of 2007 Rupert was given the added duty of being the evidence technician for his platoon, giving him regular access to the department evidence room and evidence computer.

Rupert was placed on administrative leave status shortly before Christmas 2018. He resigned from Steelton Police Department on Jan. 5.