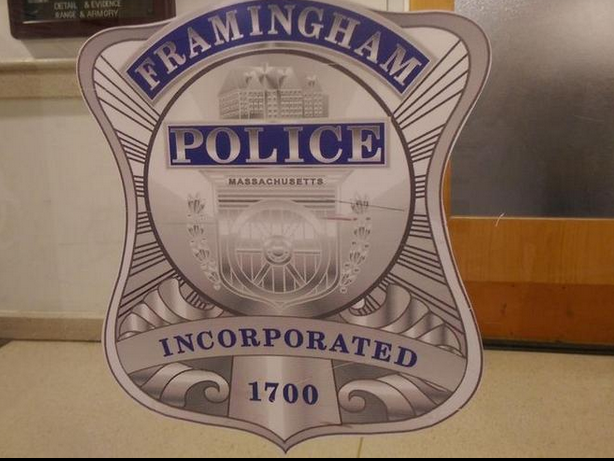 FRAMINGHAM — Facing questions about thefts within his department, Police Chief Ken Ferguson on Thursday sought to reassure residents that new measures are in place to safeguard the department's evidence room.

Ferguson fielded questions at Town Meeting Thursday about the disappearance of an estimated $70,000 in cash. The officer who previously oversaw the evidence room stands accused of stealing the money.

During a discussion of the police department's budget, Town Meeting Member Jim Pillsbury asked whether the town can recover its losses and questioned whether the missing money could affect criminal cases.

Ferguson and Town Manager Bob Halpin sought to quell any concerns about the episode, saying the stolen cash wasn't being held as criminal evidence. Ferguson said the town hopes to be reimbursed by its insurer, Travelers Insurance, through a policy that covers employee theft.

Former patrolman Alan Dubeshter was indicted earlier this year on felony charges in connection with the alleged thefts, which were discovered in September 2015. He is accused of larceny over $250 and using his position to secure an unwarranted privilege for himself. He pleaded not guilty and was released without bail.

In the wake of the episode, the police department conducted a comprehensive audit and hired consultants to review procedures in the evidence room. Halpin said the most important recommendation was to end the practice of maintaining possession of seized cash. Money is now deposited in a bank account and tracked through the town's accounting system, Halpin said.

Halpin said some 45,000 pieces of evidence were inventoried, including 6,313 pieces of narcotics evidence. Only five items from narcotics cases were missing, and they have since been accounted for, Halpin said. The police department also lost track of one gun, though it was later determined that the gun was properly destroyed at a State Police lab.

A separate assessment conducted by a retired Boston Police Department administrator looked at weaknesses in oversight that allowed the thefts to occur. Halpin said the review assured him stronger practices are in place. He stressed the situation in Framingham isn't comparable to high-profile evidence room scandals in other communities, such as Braintree, where thousands of pieces of evidence disappeared.

"I want to assure you that this is not our best moment," Halpin said, "but it was certainly not Braintree."

Residents are weighing a $281.7 million general operating budget for the fiscal year that begins in July, a 5 percent increase over the current fiscal year. Chief Financial Officer Mary Ellen Kelley described it as a level service budget that adds the equivalent of only 2.6 positions: two in facilities management, and an increase in hours for the part-time position at the Council on Aging.

The lion's share will fund the school department, which will receive $128 million, an increase of $5.5 million or 4.5 percent over the current fiscal year. All other municipal departments are on track to see increases of around 1.7 percent.