DNA evidence from Jacobs' clothing that could finally be processed using modern technology, 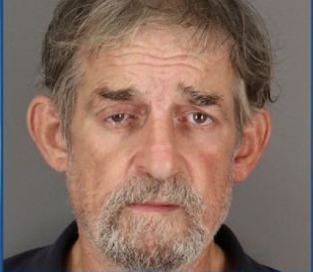 Her body was discovered in October, 1988 in the Neches River beneath the Rainbow Bridge in Port Arthur.

Investigators arrested MacGinnis Tuesday at his home in Tyler County.

During a news conference with Texas Rangers and Port Arthur Police, D.A. Bob Wortham said teamwork and DNA evidence from Jacobs' clothing that could finally be processed using modern technology, helped lead to the arrest in the cold case murder.

Investigators say the the DNA evidence matched MacGinnis' profile. His profile had been entered in both Texas and California because investigators say he's a convicted and registered sex offender.

Wortham says MacGinnis will be transferred Thursday to Tyler County to face a charge of Felon in Possession of a Firearm, separate from the murder case.