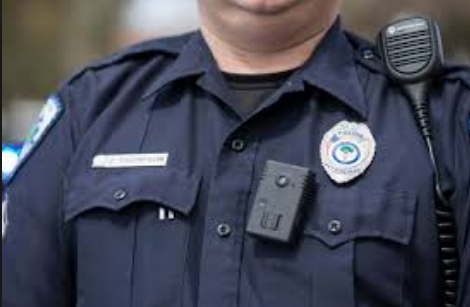 GREENVIILLE, NC – A Greenville police officer was arrested Tuesday afternoon after $60 was stolen from a car he searched.

Greenville police officers were called to the Rodeway Inn on Greenville Boulevard on November 5 to investigate potential drug activity.

Officers received consent to search a vehicle and a motel room.

There was no evidence of drug activity and no arrests were made, police said.

Later that night, the subject of the search called the Greenville Police Department to report $60 was stolen from his vehicle.

Greenville police said a review of body cam footage led them to believe Smith was a suspect.

Smith was immediately placed on administrative leave without pay and all of his police powers were suspended pending the outcome of both an internal and criminal investigation.

He has not yet been fired, but Holtzman said his employment status could change once the investigations are complete.

Holtzman also issued the following statement regarding the arrest:

As soon as the allegation against Officer Smith was brought to our attention it was pursued by the Internal Affairs and Criminal Investigations Bureaus of the Greenville Police Department. The arrest of Officer Smith sends a clear message that no one is above the law. The Greenville Police Department holds itself highly accountable to the laws that govern each and every one of us. GPD has, and always will be, effective in self-policing. Maintaining the public's trust is our top priority and we will not tolerate officer misconduct. Officer Smith's misdeeds are in no way a reflection of the rest of the officers of the Greenville Police Department. My staff is committed to achieving excellence in public safety by providing selfless services and conducting ourselves with honor and integrity as we safeguard our community.

Greenville police officer arrested after $60 stolen from car he searched