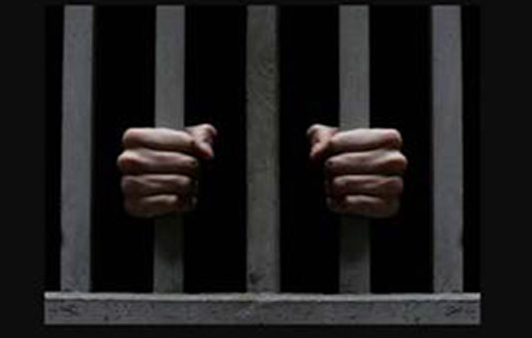 The Los Angeles County Board of Supervisors approved a $15 million payout today -- the largest single-plaintiff settlement in at least a decade -- for a man who was imprisoned for 27 years for a 1984 murder he said he didn't commit.

Frank O'Connell was convicted in 1985 of gunning down 27-year-old Jay French in the parking lot of the victim's South Pasadena apartment complex on Jan. 5, 1984. French and his ex-wife had been fighting a long battle for custody of their son and friends told detectives that the ex-wife had talked about killing French to gain custody.

A neighbor in the complex picked out O'Connell from police photos and said the dying man identified his killer as the "guy in the yellow Pinto," according to a summary of the case provided by county lawyers.

Another man, who lived across the street from French's ex-wife, said he had jump-started O'Connell's yellow Pinto on multiple occasions and that he had seen O'Connell kissing the ex-wife in her front yard while her new husband was at work. Detectives ultimately discovered that O'Connell had an affair with the ex-wife and moved in with her during the summer before the shooting.

O'Connell opted for trial by a judge without a jury and was convicted in April 1985 and sentenced to 25 years to life in prison. Investigators for Centurion Ministries Inc., a nonprofit group that investigates potential cases of factual innocence, found exculpatory evidence not disclosed by prosecutors at trial.

That evidence included a prior alleged murder attempt on French by another boyfriend of his ex-wife shortly after the court first awarded French custody. The witness who picked O'Connell out of a "six-pack" of photos also later recanted and said he had barely seen the shooter and felt pressured to make an identification.

In March 2012, a court granted O'Connell's petition for a writ of habeas corpus. When prosecutors declined to retry the case, O'Connell was released from prison. Roughly a year later, O'Connell and his son Nicholas filed suit against Los Angeles County, alleging civil rights violations. The county spent nearly $1.4 million in legal fees and costs on the case before lawyers recommended settlement, citing the risks and uncertainties of litigation.

The settlement is the largest between the county and a single individual in at least the last decade, according to a county spokesman, and substantial enough that it is expected to be paid out over a period of two years. O'Connell, his son and his civil rights attorneys were expected to discuss the settlement outside the Pasadena Superior Court, where O'Connell was convicted, this afternoon.

The Los Angeles County Board of Supervisors approved a $15 million payout today -- the largest single-plaintiff settlement in at least a decade -- for a man who was imprisoned for 27 years for a 1984 murder...
https://www.nbclosangeles.com/news/local/LA-County-Board-Approves-15-Million-Settlement-in-Wrongful-Conviction-Lawsuit-459166443.html
Tweet
Tags:
altered evidence assault  kits Chain of Custody Big Three: West Coast
×
Stay Informed