Gun, drugs back on Riverdale streets after city manager uses evidence bay for free self storage

A city manager's decision to use the police evidence bay as his personal storage room may have helped put drugs and a gun back on the streets of Riverdale. 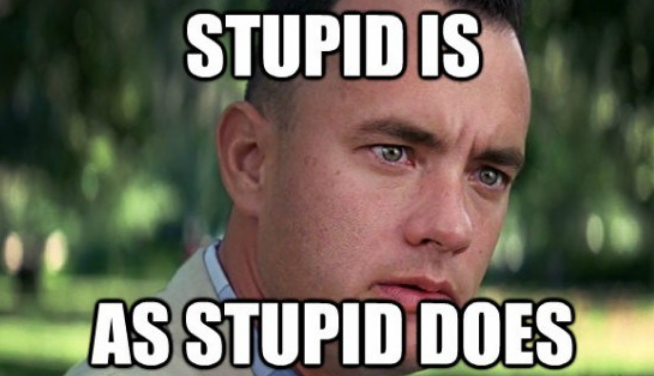 A city manager's decision to use the police evidence bay as his personal storage room may have helped put drugs and a gun back on the streets of Riverdale.

And that's not all. City manager Scott Wood admitted to the FOX 5 I-Team he's used an unmarked police vehicle multiple times to move his personal belongings to a second home in St. Simons.

Wood has been in charge of Riverdale government for the last three years. He said the police chief okayed both decisions. But did the chief really have any other choice?​

And the bigger question: does anyone in Riverdale government concerned?

Riverdale police use a three-bay garage to keep evidence and other valuable city equipment locked up and secure. Two of the three bays do just that.

The issue came to light earlier this month when Riverdale police arrested two people on a shoplifting charge. According to a police report, officers found the suspects' Acura in the Wal-Mart parking lot and could see drugs and a gun sitting on the seat.

They towed it to the police impound lot on a Saturday night to wait for a search warrant so they could go inside and seize the evidence. All three bays were full so they left the car outside, hoping it would be secure.

But it wasn't. Sometime that weekend someone managed to sneak into the impound lot, most likely by sliding through a large gap below the main gate. They broke out the window of that Acura and made off with the drugs. And the gun.

After a recent city council meeting Wood told the FOX 5 I-Team they've never had a problem before leaving evidence outside the evidence room.

"This is evidence of a crime," I pointed out.

"There are a number of vehicles down there that are unsecured," Wood replied.

"That are involved in a crime... a criminal case?"

I asked chief Todd Spivey who happened to be standing nearby.

"Chief, are there? Do you have them just sitting around out there?"

"Currently no," answered the chief. "We have had to park other vehicles that are seized in the parking lot, yes."

I gestured to his boss.

"If his trucks weren't in your bay, would you have put (the seized car) in there instead?"

"We would have put that car in ANY of the bays and they're all occupied." Spivey replied.

Wood offered us this justification: one of his personal antique trucks stored in the police evidence bay is driven each year in the city Christmas parade.

"Are you happy with this arrangement here?" I asked chief Spivey. "You've got a third of your bays taken up with equipment that's not police equipment."

"No, of course I'm not happy with it," he responded quietly.

"Why does he get to keep his trucks in there for a parade when obviously you have lots of other trucks and vehicles in a parade that other people own privately?" I asked the chief.

"You work for the city manager."

That may also explain another example of the city manager using police equipment for personal errands. A whistleblower sent the FOX 5 I-Team video of Scott Wood loading into an unmarked police pickup and city trailer to take a trip to his second home in St. Simons.

Wood told us he's done it before.

"I have authorization to use a city vehicle anywhere in the state of Georgia. By contract."

"So it's in your contract you can take a city truck anywhere you want," I repeated.

"Anywhere in the state of Georgia."

No. We pulled his contract. It gives the city manager "exclusive use at all times... an automobile provided to him by the City." His exclusive car is a black Ford Fusion.

The contract says nothing about being able to drive any city vehicle he chooses for personal business.

"It might have been misconstrued that he could use all city vehicles," theorized Riverdale mayor Evelyn Wynn-Dixon.

Stanley Mohammad didn't agree. He criticized the city manager at the last meeting.

"He's making his personal use a priority over the taxpayers' property," Mohammad charged. The mayor pointed out Mohammad is not a Riverdale resident. He said he represents the views of others too afraid to speak up.

Mayor Dixon later issued a statement after investigating both matters, saying "there was no corruption or ill intent found" on the part of the city manager. The mayor said all of Wood's personal items have been removed from the police evidence bay. And she said council will later address the confusion over his car allowance to decide whether he should be allowed to drive other city vehicles for personal errands.

So far the stolen gun and drugs have not been recovered.

A city manager's decision to use the police evidence bay as his personal storage room may have helped put drugs and a gun back on the streets of Riverdale.
http://www.fox5atlanta.com/news/i-team/gun-drugs-back-on-riverdale-streets-after-city-manager-uses-evidence-bay-for-free-self-storage
Tweet
How do you feel about this post?
Happy (0)
Love (0)
Surprised (0)
Sad (0)
Angry (2)
Tags:
assault  kits Chain of Custody Big Three: altered evidence
LA County Board Approves $15 Million Settlement in...
Man, wrongly convicted of 1978 killings in Simi Va...
Comment for this post has been locked by admin.