Man, wrongly convicted of 1978 killings in Simi Valley, recommended for release from prison

New DNA evidence has cast doubt on the conviction of a man who has spent more than half his life in prison after being convicted in a 1978 Simi Valley double-homicide. 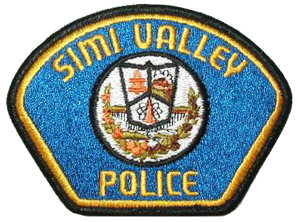 New DNA evidence has cast doubt on the conviction of a man who has spent more than half his life in prison after being convicted in a 1978 Simi Valley double-homicide.

A key piece of evidence used to convict Craig Richard Coley, 70, in the killing of his former girlfriend, Rhonda Wicht, and her 4-year-old son Donald Wicht, was found not to contain Coley's DNA but that of other individuals.

"After the completion of this very thorough and very far-reaching investigation and due to the new DNA evidence and really the totality of the new information, we are now convinced that Mr. Coley is factually innocent," said Ventura County District Attorney Gregory Totten.

The bodies of the 24-year-old mother and her young son were found in their beds at their apartment on Buyers Street on Nov. 11, 1978. The mother was strangled by an apparent macramé rope and her son was suffocated.

Simi Valley Police Chief David Livingstone reopened the case in October 2016 after coming across it while organizing the agency's archived newspaper clippings.

"Mr. Coley denied any involvement in these murders and has always maintained his innocence," Livingstone said.

Totten and Livingstone sent a letter to Gov. Jerry Brown recommending Coley be pardoned and released from prison immediately.

Totten called Coley's long stint in prison "abhorrent to everything that those of us who serve and seek justice every day believe in and hold dear."

Schwartz said Coley is currently incarcerated at a facility in Lancaster. He was arrested and charged with the 1978 murders the day they were reported.

Totten said he was in contact with the governor's office on Monday and expects to have a much longer conversation with them in the near future. He anticipates Coley will be released soon but could not give a timetable.

"As district attorney, I must tell you I look forward to the day when I can shake Mr. Coley's hand, apologize to him for the injustice he suffered and, as the chief indicated, I am also hopeful that one day soon we will bring to justice the violent man responsible for this most horrific crime," Totten said.

Livingstone said he learned that biological evidence was used to convict Coley and the chief said he thought new technology could reveal more about the case.

However, because Coley had consistently maintained his innocence and exhausted his appeals the court ordered the evidence destroyed.

"Chain of evidence records that all of us had access to indicated that all forensic evidence in the case had been destroyed pursuant to a court order following the conviction and appeal," Totten said.

But Dan Swanson, a Simi Valley Police cold case detective assigned to the Wicht murders, found that the evidence was still intact.

The two labs that had the evidence went out of business and the third lab in Northern California acquired it, Schwartz said. Testing was done and results started coming in as early as January and as late as last week, Schwartz said.

Some of the other evidence that was used to convict Coley included the fact that he and Rhonda Wicht were in the process of breaking up and witnesses stated they saw him leave her home upset a few weeks earlier, Schwartz said.

He also had a key to her apartment and investigators found no signs of forced entry at the home, Schwartz said.

The timing of the murder was important when reopening the case, Schwartz said. One of the neighbors who heard noises at the time of the killings stated he heard them at either 4:30 a.m. or 5:30 a.m., Schwartz said.

But Coley had an "airtight" alibi the night of the killings until about 4:30 a.m. or so.

Another neighbor who also heard noises saw a vehicle that looked like Coley's leave the scene, he said. The neighbor stated there was a male with medium length hair inside the vehicle, Schwartz said.

Investigators went back to where the neighbor said they saw the vehicle and its driver and discovered that there was no way to definitively identify a person in a vehicle during that time of day, Schwartz said.

In light of this new information, Swanson and Robert Coughlin, an investigator with the District Attorney's Office, are tasked with solving the 39-year-old crime.

There are inherent challenges because the case is so old, such as witnesses no longer living in the area or even being alive, they said.

Swanson could not comment on the new leads in the case or whose DNA was found on the evidence due to the ongoing investigation.