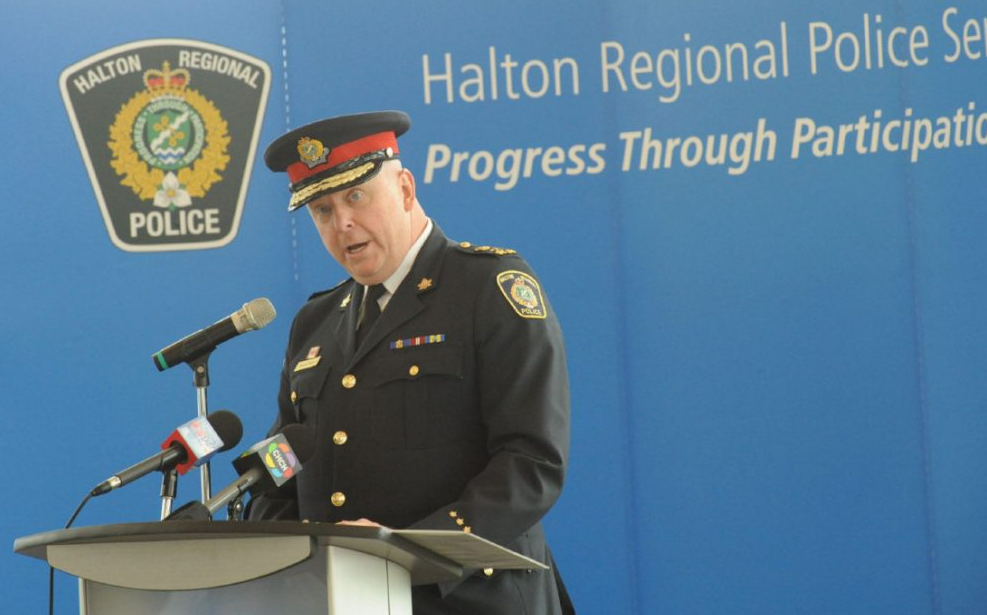 Halton drug prosecution cases are in jeopardy after an internal police audit found dozens of exhibits stored in an evidence vault "may have been compromised," the Star has learned.

The Halton Regional Police Service audited the secured storage bunker in November and discovered 36 drug exhibits where the packaging or contents may have been tampered with, according to a summary of the internal audit obtained by the Star.

Halton police Chief Stephen Tanner said he considers this "a very serious situation" but would not comment on specifics — including the names and ranks of any Halton officers who may be under investigation — until the external probe is wrapped up.

"I expect their investigation is nearing completion and that may lead to charges being laid in the next couple of weeks," Tanner said.

He would not identify the external force conducting the investigation.

The chief said some criminal court proceedings have already been stayed pending the outcome of the investigation, adding that a number of Halton's drug cases may now be compromised.

"That is certainly a ramification that I expect will occur down the road and will be a part of how seriously we view this," he said.

"Once we know what exhibits were tampered with or not tampered with and what the investigation showed, then the prosecution office can certainly address that."

The Halton Regional Police Association did not respond to multiple requests for comment. A spokesperson from the Public Prosecution Service of Canada, a federal agency that handles drug prosecutions, said she was "unable to speculate about the outcome" of the investigation, or comment on any cases that may have been affected.

Crown lawyers prosecuting drug charges in the region have sent out boilerplate letters to defence lawyers explaining that the issue is being investigated.

But without specific details, the courts have been wary of proceeding with drug cases that rely on evidence stored in the same drug vault.

Presiding in January over a drug case in Milton that ultimately was found not to be affected, Judge Stephen Brown said the uncertainty "potentially taints every investigation."

"This is about the faith in the administration of justice in the system," Brown said, according to a transcript of the proceeding. "Is there a compromise (in an) essential feature of the evidentiary backbone of drug trials?"

Halton lawyer Brendan Neil, who represented the defendant in that case (a man charged with possession for the purpose of trafficking cocaine and fentanyl), has been petitioning for months for more information, since he received a letter from federal prosecutors late last year flagging the potential problems at the drug vault.

"There's a huge transparency issue. I want to know, good, bad or ugly, how deep this problem is," Neil said.

Concerns about the drug vault surfaced in mid-November, when senior police were alerted that something was amiss. Halton police conducted an audit of its drug vault, shutting it down for 10 days so only the force's audit co-ordinator and an assistant could access the 2,185 drug exhibits on site.

"The physical examination of exhibits identified 36 drug exhibits where the integrity of exhibit packaging or the drugs contained within the packaging indicated that the chain of custody and continuity of the exhibit may have been compromised," the force's audit co-ordinator said in a summary obtained by the Star.

There was no problem with the vast majority of drug exhibits, the audit co-ordinator said.

In the Milton case, Justice Brown also raised concern about a possibly lengthy drug vault investigation, saying there is an increased risk that affected cases may be subject to the Supreme Court's ruling in R v. Jordan, which set specific time limits on how long trials can take.

Released last year, R v. Jordan stipulates that a case will be thrown out if the time between arrest and the conclusion of the trial exceeds 18 months in provincial court and 30 months in Superior Court.

Neil said the Milton case was resolved in March, after the Crown provided assurances that the drug evidence was not among the exhibits pinpointed for further scrutiny. Before questions about the drug vault emerged, his client, Jaccob Bodanis-Rhule, 23, was facing charges of possession of fentanyl and cocaine for the purpose of trafficking. But after several months of delay and numerous appearances before Brown, the Crown accepted a guilty plea to simple possession, a lesser charge.

"I don't think it would have been a joint position in court if it had not been for the drug vault issue," Neil said.