Murray's arrest also raises questions about a program he ran encouraging the public to drop off unwanted medications — including prescription painkillers — at local police stations and pharmacies. 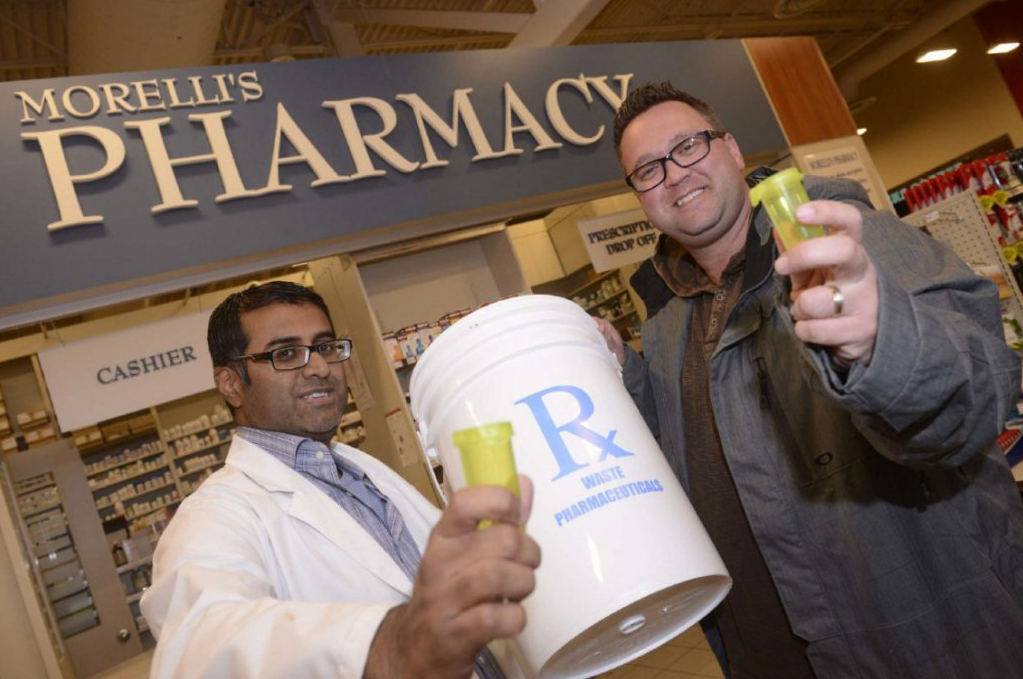 The former head of Halton Region's police drug squad, who once boasted of major busts and encouraged residents to drop off their unused prescription painkillers so police could properly dispose of them, has been arrested and accused of using his position to steal drug exhibits stored in an evidence vault.

Brad Murray, a staff sergeant with 16 years on the Halton force, was charged Sunday with obstruction of justice and two counts each of theft under $5,000 and breach of trust following a seven-month internal probe and external investigation by Toronto police.

The probe revealed that more than 30 exhibits from a series of court cases had been tampered with. In all instances, the affected exhibits were prescription painkillers such as OxyContin.

"In all likelihood, all of these cases will have to be stayed or withdrawn, which is a shame," Halton police Chief Stephen Tanner said in an interview Sunday. "But that's the cost of what this person did."

Murray has been suspended with pay. The allegations against him have not been proven in court. The veteran officer was already facing internal discipline for an incident in which he allegedly obtained prescription painkillers from an officer under his command, Tanner said.

Murray has not responded to numerous requests for comment from the Star.

A Star investigation previously revealed that an internal Halton police audit in November found at least 36 exhibits whose packaging had been compromised, throwing prosecutions into jeopardy. A summary of the findings indicated the contents of the exhibits may have been compromised as well.

We recognize the impact such news brings to you, the people we serve, and to the reputation of our service," Tanner said in a release on Sunday. "It violates public trust in the work we do and is an affront to the Canadian justice system as a whole. As such we are committed to dealing with this issue transparently and thoroughly."

Murray was a member and supervisor of Halton's drug and morality unit from January 2013 to May 2016, "during which time the criminal offences are alleged to have occurred," the release stated.

As staff sergeant, Murray would have had a swipe card that allowed him access to the drug vault, Tanner told the Star. While it was preferred that two officers go into the vault together, this might not always have been the case, he said. According to sources with knowledge of the investigation who spoke to the Star, Murray was transferred in mid-2016 to a supervisory role in Milton, where he oversaw a platoon of officers. Tanner said Murray had previously requested the transfer.

He remained in that role until fall 2016, when he went on leave, sources said.

While commanding that platoon, Murray allegedly received prescription painkillers from a junior officer, Tanner said. Halton police asked nearby Waterloo police to investigate the incident to determine whether there were grounds for a drug trafficking charge. Tanner said Waterloo detectives and a Crown prosecutor determined it did not warrant charges and it became an internal police discipline matter.

Murray will also face internal charges related to the alleged stealing of drugs from the evidence vault, and Tanner said "dismissal is definitely one possible outcome."

Murray's arrest also raises questions about a program he ran encouraging the public to drop off unwanted medications — including prescription painkillers — at local police stations and pharmacies.

In 2013, as a detective on the newly formed integrated drug, gun and gang unit, he was the force's public face announcing the squad's first arrests, in which officers seized three pounds of marijuana and some cocaine.

"It won't affect the supply and demand. What it will do is put the word out that we're here," he said.

Murray later became the head of the drug and gang unit. He warned the public of the black market's increasing thirst for opiate-based prescription painkillers, and championed a program encouraging the public to dispose of their unwanted and potentially harmful medications at local pharmacies or police stations.

Each month, the program collected roughly 80 pounds of medicine — everything from narcotics to blood pressure pills to herbal remedies — preventing the drugs from being flushed down the toilet or ending up on the street.

"Most harmful drugs are found at home. Essentially, the (inadvertent drug) trafficker is living at home," Murray told the Burlington Post in 2015.

Pharmacist Samir Patel worked with Murray in the program, collecting customers' unwanted drugs at his pharmacies.

"He would call me or text me, say, 'Hey, how much do you have? Do you have a lot of stuff there?' I'd say, 'Yup, we have this much. If you want to come by it's a good amount,'" Patel said in an interview.

Patel said he would occasionally call Murray if someone had dropped off a large supply of prescription painkillers or "something I was worried about."

When the drugs were ready for pickup, Patel's pharmacy staff would seal them with a tamper-proof lid.

"As far as I was concerned, there was nothing unbecoming," Patel said. "At the end of the day, the whole point was let's get this off the street as much as possible."

The program with Halton police ended once Murray moved from the drug squad, said Patel, though the pharmacist continues to dispose of unwanted medications through another program.

Tanner said there is no current evidence suggesting any of the pharmaceutical drugs collected by Murray or Halton police through the program have been misused or stolen.

"In hindsight, I have concern that it is certainly possible," he told the Star.

In a press release, Halton police said it has implemented additional measures to preserve the integrity of all seized drug exhibits.

Murray is scheduled to appear in a Milton court June 27.