Miller was indicted in connection to missing drug evidence from the evidence locker at the Hilo Police Station. 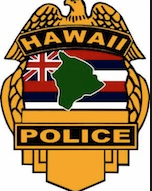 But the Department of Justice's Federal Bureau of Investigation isn't saying whether its investigating the Big Island police force — per its policy not to comment on investigations — although the department recently completed several probes on other departments across the state that led to indictments.

"The FBI does not provide information regarding the status of any case, to include confirming or denying investigations, identities of victims or witnesses, or techniques used," the bureau responded by email to WHT inquiries regarding pending or ongoing investigations.

Several federal indictments have been handed down against sworn officers in recent years throughout the state.

Three of the four counties in the state have had police misconduct probes and indictments handed down by the Justice Department in the last three years.

The latest involves the former Honolulu Police chief and his wife, a deputy city prosecutor. The high profile case of Louis and Katherine Kealoha has netted additional corruption charges within the ranks of law enforcement in Honolulu.

Honolulu City Prosecutor Keith Kaneshiro is on paid leave amid a Justice Department probe related to the Kealoha investigation.

That case has ties to Hawaii Island.

eKatherine Kealoha's brother, Dr. Rudolph Puana is a Hilo physician charged with multiple drug charges. Kealoha and Puana were charged in a Feb. 7 federal grand jury indictment with conspiring to and distributing the prescription painkillers oxycodone and fentanyl, and the anti-anxiety drug alprazolam, or Xanax. The siblings are also charged with steering a Honolulu police investigation of the conspiracy away from them.

In addition, Hawaii County Fire Battalion Chief Jesse Ebersole pleaded guilty in July 2018 to lying to a federal grand jury in the fraud and corruption case against the former Honolulu police chief and a deputy prosecutor.

Honolulu police woes in recent years include federal charges levied against Maulia LaBarre for honest service wire fraud in 2017, Alan Ahn was charged with multiple drug charges in 2017 and John Rabago and Reginald Ramones were indicted for civil rights violation this year.

Neighbor island police forces have joined the ranks of federal probes with the 2016 indictment of Kauai Police Lt. Karen Kapua for theft and Maui County officers Anthony Maldonado and Walter Ahuna were charged with unlawfully seizing money and conspiring to obstruct justice in 2018.

On Friday, June 7, Maui Police officer Daniel Imakyure was arrested for offenses to include criminal attempt; attempting to aid another. He was also found to be complicit in the distribution of drugs to the residents of Molokai and was arrested for promoting a dangerous drug in the first degree and criminal conspiracy. He was released pending further investigation.

Miller was indicted in connection to missing drug evidence from the evidence locker at the Hilo Police Station.

After the Hawaii County Prosecutor's Office declared a conflict of interest, the case was sent to Kaneshiro's Department of the Prosecuting Attorney for the City and County of Honolulu. That office indicated they had been asked to review a conflict case from Hawaii County involving three alleged counts of securing the proceeds of an offense.

A statement provided by the Honolulu Prosecutor's Office read "Based on the evidence presented to us there is no probable cause to support a charge of Securing the Proceeds of an Offense or any other crime."

Fukui was charged with hindering prosecution; two counts of criminal conspiracy; and tampering with physical evidence in connection to a gambling raid in downtown Hilo.

Police Chief Paul Ferreira did not respond to requests for comment over a multiple-day period.