How fentanyl is making deadly drugs even deadlier

"We think most incidental exposures to fentanyl happen through inhaling it by respiratory means," says Marc LaRochelle, an assistant professor at the Boston University School of Medicine's Clinical Addiction Research & Education Unit.​ 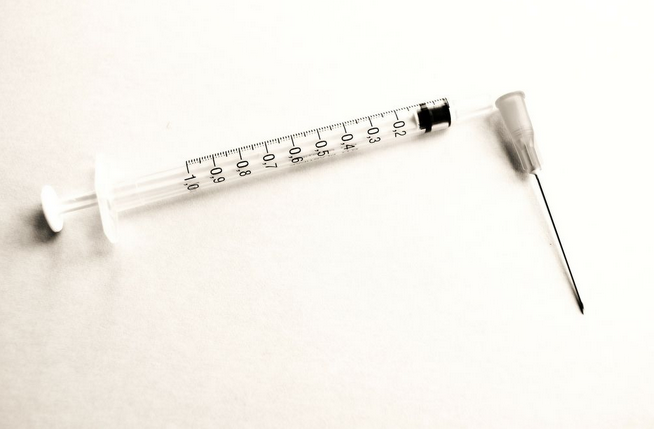 It's relatively new to America's drug scene, but in the last few years, its victims have included everyone from musician Prince to a 10-year-old boy in Miami. The culprit is fentanyl, a lesser-known—but incredibly lethal—opioid that has become increasingly prevalent in the United States.

The recent death of 10-year-old Alton Banks has fueled concerns about the danger of exposure to fentanyl. Banks went to a local community pool, and when he returned, he began vomiting. By that evening, he was unconscious and pronounced dead at the hospital, with the dangerous mixture of heroin and fentanyl detected in his system. Authorities currently believe that he may have been accidentally exposed to the drugs at the pool or on the walk back to his house. But, although fentanyl can be absorbed through the skin, it's not the most likely route—William Matthews, a physician assistant and project coordinator at the Harm Reduction Coalition's Overdose Prevention Program, says he's never heard of such a case from active users.

"We think most incidental exposures to fentanyl happen through inhaling it by respiratory means," says Marc LaRochelle, an assistant professor at the Boston University School of Medicine's Clinical Addiction Research & Education Unit.

What is fentanyl and why is it so dangerous?

As a prescription drug, fentanyl has been around since the 1960s—even its illegal use traces back to the 1990s—but it's only taken off in the last five years. The number of fentanyl confiscations in 2015 was seven times higher than in 2010, and 9,500 fatal overdoses in 2015 were due to synthetic opioids like fentanyl. The effects are concentrated in certain states, like Ohio, which had over 500 fatal fentanyl overdoses in 2014.

Fentanyl is an opioid, like heroin and some legal prescription painkillers (morphine and oxycodone, for example). Opioid drugs typically act by traveling through the blood to the brain, where they have the rare ability to cross into the brain and bind to specific opioid receptors on the cells. Once they are bound in place, they induce a generally calming effect: numbing pain, slowing breathing, and creating a feeling of euphoria.

Fentanyl differs from other opioids, however, because it is designed to be startlingly quick. A high can disappear in just one hour, Matthews says. If the high is replaced by feelings of withdrawal so quickly, then why do people use it? The incentive for drug users is the initial euphoria, which is much stronger: nearly 100 times more powerful than morphine, and almost 50 times stronger than heroin. That's the reason that fentanyl is often used in combination with heroin: "Strong rush and long legs," Matthews says of the mixture, which offers the rapid onset of fentanyl with the long-lasting high of heroin.

But that's exactly what makes it a particularly risky drug. Fentanyl is effective at doses of just micrograms—unlike heroin, which is used in doses on the milligram-scale (there are 1,000 micrograms in a single milligram)—and just a few micrograms more could lead to an overdose. And unlike heroin, which can take up to an hour to take effect, fentanyl can stop a person's breathing in seconds, LaRochelle says. According to the Drug Enforcement Agency (DEA), it only takes about two milligrams of fentanyl to kill a person. That's the size of a few grains of sand, and it could be the difference between life and death.

Why is it becoming more popular?

Despite its dangers, fentanyl has been on the rise in the United States over the past five years. As a schedule II drug in the United States, prescription fentanyl is heavily regulated and is usually found in hospital settings—it's not the kind of opioid your dentist sends you home with after your wisdom teeth come out. "If I wrote a prescription for a vial of fentanyl, it would raise eyebrows," Matthews says. But it's not impossible to get as a consumer.

Some patients are prescribed patches with low doses of fentanyl for heavy-duty pain relief, but the design of these patches has changed over the years as people figured out how to extract the fentanyl from them. The Institute for Safe Medication Practices (ISMP) warns that fentanyl patches pose a high risk to kids, who may see them as stickers or Band Aids; a four-year-old died from putting one of his mother's fentanyl patches on his body. ISMP recommends that adults don't show their kids how they use the patch to reduce the risk of imitation.

But most of the overdoses you read about come from illegal fentanyl, LaRochelle says. The fentanyl sold illicitly is generally thought to be composed of analogs—similar, but not actually identical to the fentanyl you'd get in a hospital—synthesized in China and brought into the United States by Mexican cartels. Some analogs, like carfentanil, are especially dangerous—that elephant tranquilizer is actually 100 times stronger than fentanyl itself. In some cities, when people purchase illegal drugs, they expect that the product contains at least some fentanyl, Matthews says. It's relatively cheap and takes effect at very small quantities, making it an appealing additive.

Fentanyl plays a more sinister role as an ingredient in imitation versions of other drugs. A pill might be labeled as oxycontin, but cheaper fentanyl might be the main active ingredient, theoretically offering the same pain-relieving high at a lower cost. If someone swallows multiple pills under the assumption that they're consuming mostly oxycontin, they'll actually be ingesting something nearly 100 times stronger.

Is it possible to overdose without intentionally taking the drug?

Fentanyl can be taken by swallowing, snorting, or injecting it, but also by absorption through the skin or accidental inhalation. Banks' death wouldn't be the only example of this; last year, the DEA issued a warning for first-responders to take extra precautions when they arrive at the scene of an overdose or a drug raid.

But overdosing on fentanyl through skin contact is quite rare, according to Matthews. "Among the drug-using community, there would be tons of overdoses if it were affecting people through skin contact," he says. Accidental inhalation is more common and has a higher potential to be lethal, LaRochelle says, adding that inhalation is actually one of the most effective methods of taking fentanyl intentionally—the nose has many blood vessels close to the surface, so the symptoms kick in almost instantly.

So, how much should you worry about accidentally overdosing on fentanyl? You probably aren't at risk unless you regularly encounter loose opioid drugs in your work or neighborhood. Fentanyl that is kicked up into the air is easily inhaled, LaRochelle says, which might be why first-responders suffer adverse symptoms.

Fortunately, despite fentanyl's potency, overdoses can still be treated with naloxone, a drug that evicts the opioids from their cozy receptor perches to reverse the overdose. There have been a lot of questions about how effective naloxone is in fentanyl overdoses, but Matthews says it is still very effective, despite public concern about "naloxone resistant fentanyl." That doesn't exist, he says—it just might take more naloxone to treat a fentanyl overdose than a traditional heroin overdose.

With the mystery mixtures of ingredients in street drugs, people who purchase them just don't have enough information to avoid overdoses entirely. But naloxone could keep these overdoses from becoming fatal, Matthews says, in combination with an immediate 911 call. The symptoms of a fentanyl overdose include nausea, vomiting, and slow breathing, but if bystanders do CPR and give the victim rescue breaths, it could keep oxygen flowing to their brain until naloxone becomes available.

"Fentanyl overdoses can develop rapidly," Matthews says. "People can't wait and see how it turns out."

How fentanyl is making deadly drugs even deadlier | Popular Science

Fentanyl, a synthetic opioid, is the potentially deadly component that's appearing in many illicit drugs. Read on.
http://www.popsci.com/fentanyl-could-be-making-opioid-drugs-even-deadlier
Tweet
How do you feel about this post?
Happy (0)
Love (0)
Surprised (0)
Sad (0)
Angry (0)
Tags:
assault  kits Chain of Custody Big Three: Fentanyl altered evidence
Menasha officer's close call highlights dangers of...
To cut risk of exposure to fentanyl, police can no...
Comment for this post has been locked by admin.