It was believed to be the first incident in Wisconsin involving a police officer who was exposed to fentanyl and became ill, said Wisconsin Attorney General Brad Schimel. 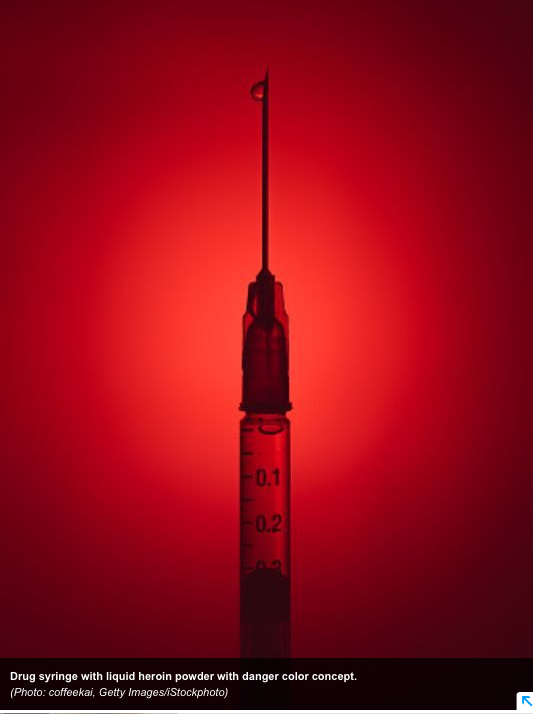 A Menasha police officer was heading to Oshkosh in his squad car last Sunday when he started feeling lethargic and groggy. He felt a tingling sensation in his hands and feet. His heart started racing and he felt a surge of warmth. Then he felt extremely tired — to the point of nearly passing out.

"His goal was to get to the (Winnebago County) Sheriff's Department," Menasha Police Chief Tim Styka said of the officer. "He didn't want to die on the side of the highway."

The officer, who hasn't been identified by authorities, didn't die.

But he was exposed to fentanyl — a potentially deadly synthetic opioid that can be disguised as heroin and is 50 times more potent — while responding to a drug overdose death in Menasha earlier that day. If he hadn't been administered two doses of Narcan, an opioid antidote, the outcome could have been far worse.

It was believed to be the first incident in Wisconsin involving a police officer who was exposed to fentanyl and became ill, said Wisconsin Attorney General Brad Schimel.

And it was a forceful reminder of the need for police, Emergency Medical Technicians and medical personnel to take precautions when responding to drug overdose calls.

"I figured this (Menasha incident) was inevitable," Schimel told USA TODAY NETWORK-Wisconsin. "Law enforcement comes into contact with drug-users and controlled substances every day. They don't anticipate they will be facing (fentanyl).

"For law enforcement, it is critical that they be prepared for anything."

According to the U.S. Drug Enforcement Administration, accidental contact with a quantity of fentanyl equivalent to five or six grains of table salt can be deadly if inhaled or absorbed through the skin.

Styka said the close call involving the Menasha officer, who has returned to work, shows that law enforcement and medical rescue workers face this unnerving reality:

"We all want to jump in and help someone who is not breathing. But exposure (to fentanyl) ups the ante for us. We have to make sure we size up the (crime) scene and find out what else could be going on there."

Fentanyl has been a thorn in the side of police and emergency medical workers across Wisconsin.

In Wausau, it started showing up with regularity in drug seizures in early 2017, said Lt. Nathan Cihlar of the Wausau Police Department.

"It's pretty frequent now in a heroin seizure that there is some component of fentanyl to that heroin," Cihlar said.

In addition to getting trained on the perils of fentanyl and having access to Narcan, officers who respond to overdose calls use protective eyewear, respiration-type masks and gloves to prevent exposure.

"With any of these situations, specifically when it comes to a drug-involved scene, there has always been an element of danger to it," Cihlar said. "(Heroin laced with fentalyl) is an added element. It's not too shocking that we've gotten to this point. Now we have to assume that fentanyl could be involved."

Lt. Cody Johnson of the Green Bay Metro Fire Department said officers are aware of the danger that fentanyl poses and are cautious in administering care in overdose cases.

"We just don't know what we're getting ourselves into sometimes," Johnson said. "As far as any precautions … if we think it's going to be a violent call, we have police respond with us."

Johnson said fentanyl and carfentanil — a synthetic opioid that is considerably more powerful — are forces to be reckoned with.

"It's some very potent stuff," he said.

Nick Romenesko, staff development manager at the Fox Cities-based Gold Cross Ambulance Service, said paramedics understand what they might encounter when responding to an overdose call.

"Anytime we respond to an overdose, we treat it as an active crime scene," he said. "We don't touch any drug paraphernalia. We do as little as we can to disturb a scene."

"There's some inherent risk with every job and, unfortunately," he said. "This is becoming part of that."