‘I have no expectations of forgiveness’: A Halton cop stole opioids from an evidence vault. He’s urging officers to seek help for addictio

He was charged in May 2017 with offenses including theft and obstruction of justice amid an opioid addiction that started with painkillers prescribed after a series of knee surgeries. 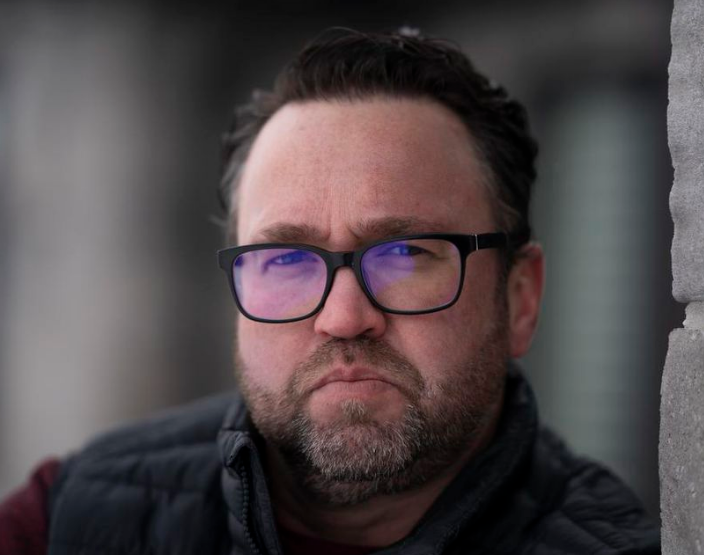 Brad Murray's letter is addressed to the entire Halton police service — more than 1,000 of his former colleagues and subordinates, among them cops he knows he hurt, embarrassed or betrayed.

"There are no words that can adequately demonstrate my regret and sincere repentance for my actions," begins the message distributed by Halton Regional Police Monday, after much deliberation by senior management.

It's an apology, though the former high-ranking officer says he does not expect forgiveness. Mostly, Murray wants to share a perspective borne of a personal and professional downfall — that of a decorated drug cop who became addicted to opioids, one who committed a serious crime of stealing drugs from his own force's evidence vault, instead of asking for help.

In an interview, Murray also called for a more compassionate approach to those addicted to drugs, including the decriminalization of simple possession.

Murray writes that he was part of a police culture that was "ignorant to the seriousness and reality of addiction." He admitted in an interview that he was a willing participant in a war on drugs that has been found to disproportionately criminalize racialized and marginalized people. These were people with significantly less power, privilege and support than Murray — people who stand far less of a chance of recovery, or redemption.

It's been nearly four years since Murray's actions drew headlines, adversely impacted Halton's drug prosecutions and brought into question the integrity of the force's drug squad. But as Chief Stephen Tanner wrote in a bulletin accompanying Murray's letter, "apologies come from unlikely sources and at unexpected times."

Murray, now 42, became staff sergeant while still in his 30s in a meteoric rise through Halton's ranks. He then plummeted. He was charged in May 2017 with offences including theft and obstruction of justice amid an opioid addiction that started with painkillers prescribed after a series of knee surgeries.

"Reality set in when I heard the words 'Brad Murray I am arresting you,'" Murray writes in the letter. "I could not believe that I had let this get so out of control."

At the time of his arrest, Murray was already facing internal discipline for allegedly obtaining prescription painkillers from a subordinate officer, a charge that was never tested at the police tribunal because he resigned from the force last year.

As he appeared before a judge in a Milton courthouse in April 2018, the senior cop was in some ways just like those he'd arrested for drug offences in his 16 years on the job, more than five of them with the drug squad.

But this was anything but a typical case. A supervisor of Halton's drug unit, Murray had stolen from the evidence vault he was entrusted with protecting — a crime discovered only after an audit of the drug locker in late 2016 uncovered multiple "irregularities," namely, tampered exhibits.

An external investigation by Toronto police later found Murray's fingerprints on a property bag pilfered of 44 oxycodone tablets, and replaced with pills with different markings.

Murray pleaded guilty to one count of breach of trust, while four other charges were withdrawn. The agreed statement of facts said he'd stolen on one occasion and "was not involved in the other incidents," as summarized by Ontario Court Justice David Harris in his sentencing decision.

But this was undoubtedly a "very serious crime," Harris said — Murray's actions had brought into question the entire evidence storage system. This, after swearing an oath to serve the community with honesty.

"He did that for many years," Harris wrote. "But then he breached the trust that we placed in him."

But the judge noted Murray's theft was to feed an addiction that began with a prescription. Murray had suffered a series of injuries, some incurred on the job, and had undergone seven surgeries on his knee since 2002; at one point, he was prescribed Percocet and was receiving cortisone pain injections every two weeks, the judgment says. His addiction was compounded by personal and professional stresses that led to depression and PTSD — a son born with a heart disease, traumatic suicide investigations, a call involving a child run over by a school bus.

"The problem of opiate addiction (is) a lot of these are individuals have been prescribed these opiates by their physicians to manage pain, which is what happened with Mr. Murray," defence lawyer Joanne Mulcahy told the judge in sentencing submissions.

Murray was handed a conditional discharge after the judge credited him for having already taken steps toward recovery, including weeks of in-patient rehab and being clean for a year. He avoided jail time but was sentenced to three years probation.

Murray still faced professional misconduct allegations that carried a strong possibility of dismissal if he was found guilty. He ultimately resigned from the force in early 2020.

Murray has tried to heed the judge's parting words recommending that he speak about his addiction "wherever possible." After completing McMaster University's addiction care worker program, he's shared his story with many other front-line workers, including at The Heart Group, a weekly support group for police officers.

Murray is not the only officer to start taking drugs, even while on the drug squad. In 2017, Toronto police Const. Michael Thompson was found dead inside his Durham region home, following a fentanyl overdose. At the time, he was working undercover with the Toronto police drug squad.

But the stigma of addiction and mental illness is still prevalent in policing, and it's what Murray says stopped him from admitting he had a problem. That, and his ego — "I was self-centred, full of my own status and importance."

"Although I spent most of my police career in drug investigations, I admittedly knew very little about addiction and the effects of substance abuse. However, I did have a preconceived notion that addiction was a moral failure and a sign of weakness," he writes.

In a spirit of challenging that belief on a larger stage, Murray reached out to his former employer, wanting to apologize and share his experience.

In a statement that accompanied Murray's letter, Tanner, Halton's police chief, says he had to weigh "any potential negative impact" that an apology from Murray might have. The investigation into the drug vault irregularities had jeopardized drug prosecutions, caused charges to be dropped, and impacted numerous officers, some of whom felt their integrity had been called into question.

"No one should have been put in that position by another member," Tanner wrote.

Ultimately, police leadership shared Murray's message to encourage employees struggling with addiction or any mental health issues to use Halton police supports, and reach out for help before "the impact of their struggle becomes irreversible," Tanner wrote.

Murray's letter describes becoming a "complete prisoner to my addiction," where no potential career or personal consequences could stop him. Suicidal, he would tell his son to remember the good times — "I did not want to die but I did not know how to keep on living with such pain and guilt."

He is now grateful for his "rock bottom" because it led to his recovery, something he knows will be a lifelong process. He has sought the help of doctors, psychologists and addiction counsellors and accepted that he had a disease, "but there was hope for me." In a letter to the judge, Murray's wife called the criminal charges "a blessing in disguise" because they saved her husband's life.

Murray knows many of those he arrested for drug offences have their own personal traumas that led to addiction, and would have lacked the resources and supports he had to recover.

In his letter, Murray, who is now enrolled in a three-year program in building and construction sciences, says he hopes his story can help others.

"We must erase the stigma. As a police community we must create an environment where it is safe to ask for help, an atmosphere of compassion and empathy," Murray writes.

He also knows he did not extend such courtesies to those he policed. During his career, he admits he was "judgmental and pejorative" when dealing with people who were suffering from addiction and mental health issues. He believes police officers should be exposed to more stories from people with addictions, to create empathy.

He also supports the call by the Canadian Association of Chiefs of Police to decriminalize the simple possession of hard drugs. At a public event last week, CACP president, Waterloo police chief Bryan Larkin, discussed the spiking numbers of opioid overdose deaths, and said treating the addiction as a mental health issue can be "polarizing" but he encouraged "hard, courageous conversations."

That includes the acknowledgment that many of those criminalized by possession offences are marginalized citizens, he said.

A Toronto Star analysis published in 2017 found that Black people with no history of criminal convictions were three times more likely to be arrested by Toronto police for possession of small amounts of marijuana than white people with similar backgrounds.

Murray remembers one shift near the end of his career. He was booking a man he knew was experiencing withdrawal. Murray was too.

"We were so similar. All I could think of was, the only thing that's separating us right now is I'm in a uniform and you're not."

‘I have no expectations of forgiveness’: A Halton cop stole opioids from an evidence vault. He’s urging officers to seek help for addiction | The Star

Police seize $60 million of bitcoin! Now, where's ...
Judge sentences former BPD officer who made false ...
Comment for this post has been locked by admin.