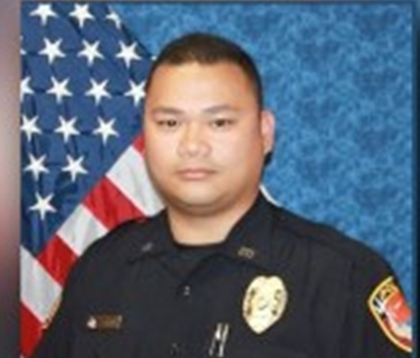 On Tuesday, July 17, Neptune Beach Police Officer Chris Ortiz was arrested on one count of grand theft after complaints came in that money had gone missing following routine traffic stops.

The first of three complaints came in May of 2017, following traffic stops done by Ortiz, money was missing.

Neptune Beach Police reached out to the Jacksonville Sheriff's Office to help in this investigation and through a joint effort, they were able to make an arrest.

Pike wanted to assure the small community of Neptune Beach, that any misconduct will not be tolerated in the police department.

"I want to make sure the community understands and knows we will not tolerate any misconduct in the Neptune Beach Police Department, and if you do you, it will be handled with the harshest of punishment," Pike said.

Ortiz is currently on administrative leave as the investigation comes to a close, however, police said they have an admission from him.

Ortiz made headlines in March for replacing a stolen bike.