Justice for all? Not lately in New Mexico

When a police department's evidence room needs to be audited because procedures weren't being followed, there ought to be hell to pay. 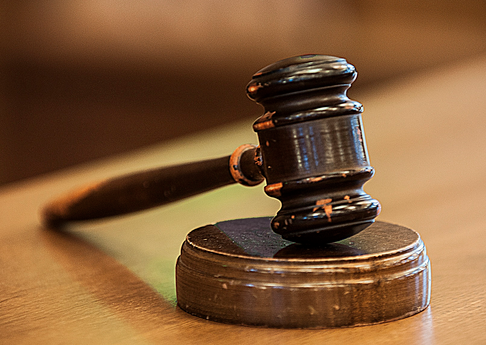 Here's the problem with the criminal justice system: What looks simple from the outside is never so cut and dried from within.

That's what police, prosecutors and the judiciary tell (and sell) the public every time a case — most often, one that involves homicide — doesn't go to "form." With an experienced practitioner's eye for detail, they point to a flaw in the evidence, an unanticipated problem and, yes, the law, as they explain a controversial application of justice.

To those arguments, we respectfully ask the hardworking members of the criminal justice system to listen a little harder to the people who pay their salaries. The excruciating pain victims' families and members of the public feel is contagious. And that virus — a loss of confidence in an institution that is simply critical to everyday life — threatens the concrete underpinnings of what it means to be a citizen in this state and nation.

If there was a theme that ran through reporter Daniel Chacón's story about questions stemming from Northern New Mexico's criminal justice system ("Losing Faith in Justice," Nov. 10), it was the clear-as-a-bell anger rising from the public about how the system is working. Or isn't.

Certainly, that wasn't hard to discern from the words of Cherie Ortiz-Rios, whose mother, father and brother were killed by a mattock-swinging Nicholas Ortiz in 2011.

For the murders of three human beings.

"I'm getting flooded with people apologizing to me after everything that our family has been through over these last eight years and what he got," Ortiz-Rios told Chacón, referring to Ortiz's sentence. "All they're saying is, 'I am so sorry. You fought so hard and so long, and it almost feels like it's for nothing.' "

That echo lingers, and it's one that deserves rapt attention from law enforcement, prosecutors and judges. Because in an America with too much crime, the perception of not enough punishment can become an uncontrollable weather system of its own, creating the potential for overreaction that is bad for justice.

People in New Mexico are crying out for more competence, more cohesion, more diligence from those who arrest and prosecute criminals, and those who administer the law once it reaches a courtroom. When a judge orders a defendant's release because prosecutors violate the rules of evidence, an outcry is well-deserved. When a police department's evidence room needs to be audited because procedures weren't being followed, there ought to be hell to pay.

As for sentencing, we empathize with judges who must hear and decide cases based on law, not emotion. But it's not unreasonable for the public to question or protest their decisions — and evaluate those judges at the ballot box. That's allowed under the law, too.

We fully understand innocence, guilt and justice at times are incredibly difficult to evaluate, prosecute and administer, in part because every cog in the machine has to be in working order for the public to be served and confidence to hold sway.

It's plainly — and painfully — obvious our machine needs some repairs.

Justice for all? Not lately in New Mexico | Editorials | santafenewmexican.com

Here’s the problem with the criminal justice system: What looks simple from the outside is never so cut and dried from within.
https://www.santafenewmexican.com/opinion/editorials/justice-for-all-not-lately-in-new-mexico/article_42a0ddad-8f1f-561c-bbf9-63bacdeb36ab.html
Tweet
How do you feel about this post?
Happy (0)
Love (0)
Surprised (0)
Sad (0)
Angry (0)
Tags:
evidence room
Provo changes city code to help police deal with 4...
Lawsuit by former Fairfield cop convicted of steal...