According to Doris Grant, supervisor of the evidence room, there are about 400 guns being held. Altered or damaged guns like those with rust must be destroyed. 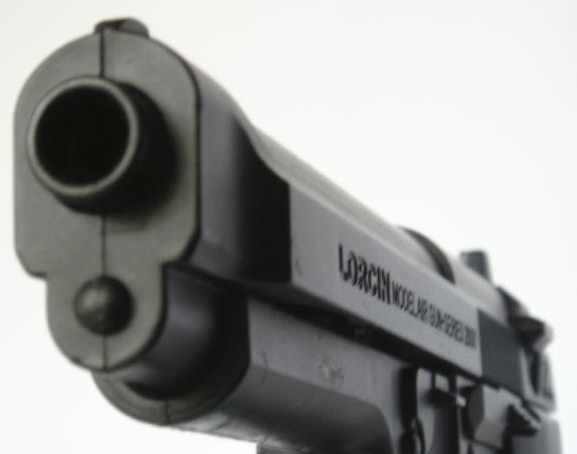 Provo's Police Department is held to strict regulations when it comes to caring for and getting rid of confiscated guns.

On Tuesday, the Provo Municipal Council realigned the city's code to match the state's code in the matter.

The Police Department has four firearms in its custody that it desires to dispose of by destroying them. One firearm was seized during execution of a search warrant, and all involved parties were denied ownership.

After searching Alcohol, Tabacco, Firearms records, the Police Department has concluded that the firearm has no known owner. A second firearm was taken from a resident when the resident attempted suicide, and an investigation revealed that the resident was prohibited by federal law from possessing a firearm.

Two other firearms were turned in to the Police Department when a resident found them on a hiking trail in the foothills.

The Police Department was unable to locate the owner of one of the found firearms, and the owner of the other is deceased, the late owner's wife having no knowledge of the firearm.

Subject to the rules and procedures that follow, the Police Department may destroy firearms in its custody if it determines that the firearms are unfit for a public interest use or for sale.

For firearms seized through execution of a search warrant, taken from a suicidal resident, or seized incident to another situation under Utah Code section 24-2-102, the Police Department may destroy the firearms if the owner cannot be found, or after the state district court grants a petition to transfer possession of the firearms to the Police Department, if the owner may not lawfully possess a firearm.

"It's a long process," said Sgt. Nisha King, police spokeswoman. "We (the Police Department) have to lawfully own it with a letter signed by a judge."

According to Doris Grant, supervisor of the evidence room, there are about 400 guns being held. Altered or damaged guns like those with rust must be destroyed.

Guns are sold through a wholesaler in Salt Lake City that is authorized by the state.

Guns being held are a wide variety and are typically a gun you could purchase from a gun store, according to King.

"If it is a found gun we wait 100 days then the finder can have the opportunity to claim it. But of course that is after we have checked the gun through ATF," King said. "But regardless of why a gun is entered into evidence we immediately check ATF and research the firearm."

According to Grant, the last time the Police Department sold guns through the wholesaler was in 2018. The money from those sales goes back to the department for training or purchasing equipment.

Provo’s Police Department is held to strict regulations when it comes to caring for and getting rid of confiscated guns.
https://www.heraldextra.com/news/local/central/provo/provo-changes-city-code-to-help-police-deal-with-confiscated/article_92d9c9d6-031e-5ae5-ac31-1fed3283a17a.html
Tweet
How do you feel about this post?
Happy (0)
Love (0)
Surprised (0)
Sad (0)
Angry (0)
Tags:
atf DAMAGED GUNS EVIDENCE ROOM West Coast
Hollywood Police Department says missing evidence ...
Justice for all? Not lately in New Mexico