Police said signed out more than 225 folds of heroin, more than 800 OxyContin pills and a few packets of cocaine from the department's evidence room on the pretext of needing to have the drugs tested. 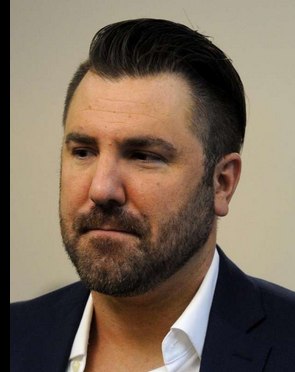 BRIDGEPORT — A former Fairfield police detective will be allowed to sue the town over his resignation, a judge has ruled.

A Superior Court judge on Wednesday refused to throw out the lawsuit by a former Fairfield police detective who claims he was forced to resign after pleading guilty to stealing thousands of dollars in heroin and OxyContin pills from the Fairfield Police Department.

Stephen Rilling, the son of Norwalk's Mayor Harry Rilling, claims in his lawsuit against the Town of Fairfield that his superiors in the police department ignored his pleas to keep him away from drug investigations and later refused to allow him to retire on a disability — being addicted to powerful painkillers.

A trial in the case is now scheduled for March. Rilling is asking for unspecified money damages.

Lawyers for the town did not return calls for comment.

"We are confident in our case and this (decision) adds to our confidence," said Rilling's lawyer, Eric Brown.

Rilling, a 19-year veteran of the Fairfield Police Department, agreed to a plea bargain in March 2018 and pleaded guilty to two counts of misdemeanor possession of narcotics and three counts of fourth-degree computer crime. He was sentenced to a suspended 5-year sentence with three years' probation.

Police said between June 2016 and February 2017, Rilling signed out more than 225 folds of heroin, more than 800 OxyContin pills and a few packets of cocaine from the department's evidence room on the pretext of needing to have the drugs tested.

He "ultimately converted these narcotics for his personal use and consumed them as a result of an addiction to said drugs," police said.

Police said the drugs originated from a number of raids, undercover operations and from the homes of people who overdosed on them.

In one case, police said, Rilling conducted an investigation between Feb. 20, and May 1, 2014, that resulted in the seizure of 58 folds of heroin. Police said the target of the investigation pleaded guilty in October 2016 and on Dec. 31, 2016, Rilling signed out all 58 folds from the evidence room, saying that a follow up investigation was being done.

In his lawsuit, Rilling claims that in 2009, he was injured in a car accident while on the job and was prescribed opioid medication which led him to be addicted to opioids. He states in the suit that in 2013, he told his superiors in the department he was addicted to opioids and admitted himself to a drug treatment facility.

When he returned to work, he claims that despite his protests, he was ordered to resume investigating narcotics crimes. This led him to relapse and begin using opioids again and taking opioids and heroin from the Police Department's evidence locker, the suit states.

"The plaintiff was forced to resign from employment with the defendant but if his disability had been accommodated, he could have continued in his position as a Fairfield police officer without relapse or resignation," the lawsuit states.