With the help of a private citizen researching missing persons cases, the Kingsport Police Department has solved a 17-year-old cold case involving human remains found in the Holston River 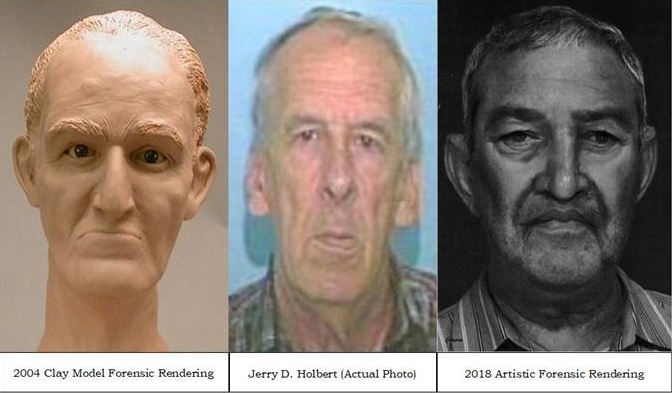 KINGSPORT — With the help of a private citizen researching missing persons cases, the Kingsport Police Department has solved a 17-year-old cold case involving human remains found in the Holston River.

The case dates back to Aug. 11, 2003, when a woman bicycling through Riverfront Park spotted a suspicious object in the water. Due to an extensive amount of time in the water and the advanced level of decomposition, the body was no longer recognizable.

According to Tom Patton, KPD public information officer, numerous leads were pursued throughout the years, but none led to a positive identification of the body.

Last month, detectives received information about a private citizen who was researching missing persons cases as a hobby and had noticed some similarities between the Kingsport cold case and an Aug. 3, 2003 missing persons case out of Charleston, West Virginia.

According to Patton, KPD detectives were able to locate and interview a relative of the missing person from Charleston, who provided a familial DNA sample. This sample was then compared to a DNA sample taken from the unidentified remains found in Kingsport.

While DNA analysis existed in 2003, the technology has continued to see significant advancements and improve dramatically throughout the years, Patton said.

According to a press release, the DNA comparison was conclusive, resulting in a positive identification of the body as Jerry D. Holbert of Charleston, West Virginia. At the time of his unexplained disappearance, Holbert was 64 years old and reportedly suffered from dementia.

Authorities believe Holbert left his residence and walked toward the bus station, with plans to visit a relative in Ohio. When he didn't arrive at his intended destination, he was reported missing.

Patton said it is unknown how or why Holbert ended up in Kingsport, but it is suspected that he might have mistakenly boarded the wrong bus due to his dementia. The circumstances surrounding how he ultimately ended up in the Holston River also remain a mystery, but based upon the investigation and autopsy, foul play is not now nor was it ever suspected.

According to previous reports, Holbert had a BB&T bank envelope containing $267 cash in his pocket when his remains were found in the Holston. No identification was found with the body.

Holbert's next of kin have been notified. Patton said that it is the department's hope that the identification of Holbert's body helps bring some closure to his family, friends, and loved ones.

Numerous leads were followed up on throughout the years, but none ever led to a positive identification of the decedent - until a private citizen was researching a missing persons
https://www.timesnews.net/news/kingsport-police-solve-17-year-old-cold-case/article_3ce21fea-d81c-11ea-bbd9-97c6d64cfbcd.html
Tweet
How do you feel about this post?
Happy (0)
Love (0)
Surprised (0)
Sad (0)
Angry (0)
Tags:
cold case murder
Ex-officer pleads not guilty to stealing seized ca...
DNA evidence leads to arrest in 1996 rape, killing...