The Delaware charges stemmed from evidence found in Elschlager's home linked to missing evidence from his time as a patrolman in the northern Columbus area. 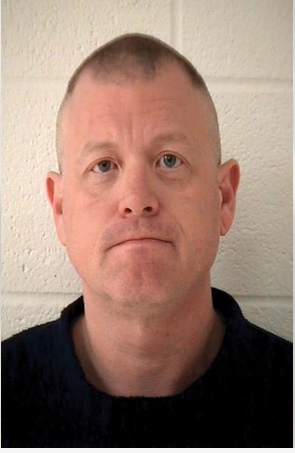 After he was convicted in Delaware County of three felony theft charges earlier this month, the former commander of the Marietta Post of the Ohio Highway Patrol still faces a trial in district court on federal charges in January.

In a one-day bench trial Dec. 12, William P. Elschlager, 48, of 305 Masonic Park Road, Devola, was found guilty of three counts of theft, all third-degree felonies, and found not guilty of one count of tampering with evidence, also a third-degree felony.

But he also faces federal charges of cyberstalking and deprivation of rights under color of law in the United States District Court for the Southern District of Ohio. Those charges stem from crimes that allegedly took place in Washington County while he was the Marietta post commander.

The Delaware charges stemmed from evidence found in Elschlager's home linked to missing evidence from his time as a patrolman in the northern Columbus area.

That evidence, two firearms supposed to be destroyed, was found during a search conducted by the Washington County Sheriff's Office in 2015.

The highway patrol terminated Elschlager, a lieutenant, in March 2016 on accusations he stalked a woman with whom he had an affair. Local charges of stalking were dismissed in April. Additional charges concerning private information found on his computer about 10 other women illegally obtained through the law enforcement automated database system were dropped in May by the Washington County Prosecutor's Office.

According to the federal indictment handed down in May, between Nov. 23, 2015,and Jan. 17, 2016, with the intent to harass and intimate another person, Elschlager "used an interactive computer service, an electronic communication service, an electronic communication service of interstate commerce and facilities of interstate and foreign commerce, to engage in a course of conduct that caused, attempted to cause and would reasonably be

expected to cause substantial emotional distress" to the woman.

The indictment also alleges that on Dec. 14, 2015, Elschlager under color of law, unlawfully conducted a traffic stop of the same woman after tracking her location by an unauthorized GPS tracking device he placed on her vehicle.

The complaint filed by the FBI against Elschlager on May 17 before a federal magistrate cited incidents between Elschlager and the woman. Their affair lasted from April 2015 to August or September of 2015, the complaint said.

He faces up to five years in prison and three years of supervised release and a fine of up to $250,000 if convicted of cyberstalking and an additional year in prison if convicted of deprivation of rights under color of law.

Elschlager was a trooper for the highway patrol since 1997 and worked as a sergeant at the Marietta post from May of 2014 to July of 2015 before being promoted to commander. He was dismissed from the patrol on Feb. 1, 2016.

Enter some description here...
http://www.mariettatimes.com/news/2017/12/top-story-4-legal-troubles-continue-for-ex-patrol-post-commander/
Tweet
How do you feel about this post?
Happy (0)
Love (0)
Surprised (0)
Sad (0)
Angry (0)
Tags:
altered evidence assault  kits Chain of Custody Big Three:
Police haven’t been turning over all evidence but ...
5,000 rape kits result in 1,300 DNA "hits" in Flor...
Comment for this post has been locked by admin.