Administrative Judge Steven John told all Horry and Georgetown law enforcement agencies during a Dec. 1 meeting that they had 30 days to start turning over all evidence from a case before trials begin, according to Solicitor Jimmy Richardson. 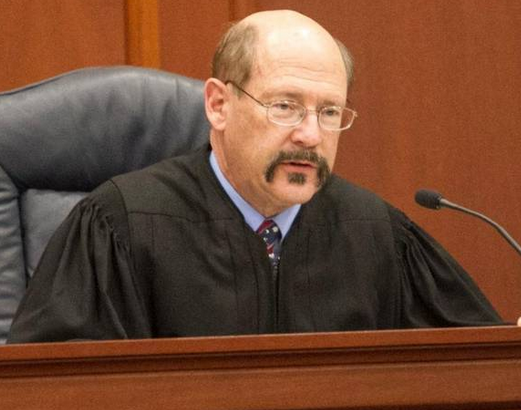 Police departments in Horry and Georgetown counties will soon have to turn over more evidence to prosecutors and defense attorneys before trials thanks to a judge's directive, but it will come at a cost.

Administrative Judge Steven John told all Horry and Georgetown law enforcement agencies during a Dec. 1 meeting that they had 30 days to start turning over all evidence from a case before trials begin, according to Solicitor Jimmy Richardson.

Jan. 1 is the deadline for law enforcement agencies to come up with plans. There was no written order, Richardson said, but anyone who doesn't abide could be held in contempt of court.

Trials have been continued — or postponed — about a dozen times over the past year due to information collected by law enforcement being withheld from the solicitor's office before a case, he said.

"The evidence is being collected correctly; it's being stored correctly," Richardson said. "What's happening is that they're not letting our office know what they have."

Richardson cited one case where police had collected a phone and had dumped all the information on it, but it had not been turned over to the solicitor's office.

"It had been taken off and entered into evidence, but the evidence had never been turned over to us," he said.

Horry County Police Chief Joe Hill said the new order would result in more data being turned over even if police didn't believe it was evidence. For example, body cam footage from officers forming perimeters during manhunts will now be turned over.

"Some officers are so far away that their video has no evidentiary value, according to us," Hill said. Now, he added, "it's up to the defense attorney. It's up to the solicitor to say 'we don't need that.'"

Defense attorneys have a different point of view.

If police have evidence that they're not turning over to the solicitor's office, then the defense can't review it either, he said, and that information could change the outcome of a case or plea deal if the defense knows about it.

Truslow said he thought John had grown weary of evidence coming to light during trials that had not been turned over to the prosecution or defense.

"He's telling them, you need to get your shit together within a certain time period," Truslow said. "It's a really good thing. It's not just good for me, it's good for not wasting time in court."

Judges get a certain amount of trial weeks in a year, and if evidence comes up that the attorneys were entitled to see, the trials could be continued, said defense attorney William Monckton. There are 24 trial weeks per year in Horry County, Richardson said.

"From Judge John's perspective, you're wasting the court's resources if not everybody is ready to go," Monckton said. "Say there's a witness you find and that changes the case, you've got to ask for a continuance. It may change your whole strategy.

"If you get a conviction and the defense didn't have all the information they were entitled do, it's going to get overturned."

The new procedures, which Hill said would involve turning over everything police have to attorneys, could cause new problems.

"It's a more efficient way of communicating all of our evidence to the solicitor and defense attorney, but it is a very costly storage challenge for us," Hill said.

Horry County police currently are storing their evidence online using a site called Evidence.com. The police chief wasn't sure how much the new program would cost.

"That's the big challenge for us," Hill said. "We don't know. We do suspect it's going to go into the petabytes. We're talking pentagon-type storage of information."

Richardson said the solicitor's office would buy subscriptions for cloud storage for some smaller departments, until each city or town could budget the money, but some departments may have to install fiber-optic cables due to the digital information that would have to be stored and transmitted before trials.

But, he said, he was worried about how it might affect when officers have to activate their body cameras.

"What could be problematic is that the agencies may now choose to limit the timing or scope of when and under what circumstances their officers are required to activate their cameras," McCoy said. "The idea of the cameras is to give the defendant, officer and the state a full and accurate depiction of what took place."

McCoy said officers may object to having small talk caught on a body cam being submitted as evidence in case.

"We have to find a way to ensure that all relevant evidence is recorded, unedited and turned over," he said. "Who decides what is relevant and how fast or when this can be done? That's the main issue in my opinion."

Richardson said that rules for turning body cameras on and off would be established as part of departments' protocols to provide all information gathered during a case.

"There's growing pains," Richardson said of the body cam. "You're going up 10 times on the amount of evidence you're trying to collect and gather."