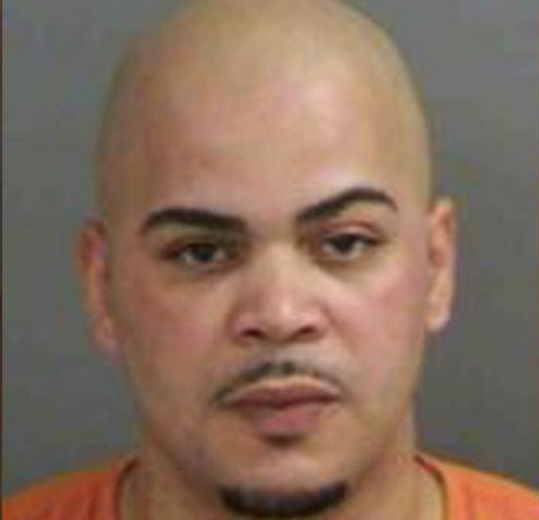 Two cold case killings of young women in the New York area may soon be officially closed as police say they have arrested the man responsible in Florida.

Christopher Gonzalez, 36, was arrested for the murder of Dora Delvalle Almontaser, who was 19 years old when she was strangled with a phone cord inside her uncle's Bronx apartment on Dec. 2, 2000, cops said.

Her mother discovered her naked body when she went to check on her daughter, who failed to make her daily phone call checking in, The New York Daily News reported at the time.

"She was a sweet and affectionate girl," Luis Figueroa, who lived upstairs from the Delvalles, told The News in 2000. "She made everyone she met love her."

Investigators at the time had looked into whether or not she was killed by someone she met online, and also spoke to the young woman's ex-boyfriend.

Authorities also recovered bodily fluids from Almontaser belonging to a "John Doe" and one fingerprint that was left behind at the scene, but no one was ever brought to justice for her murder.

Five years later, in 2005, the body of a 25-year-old mother was found wrapped in a blanket and dumped on the shoulder of the northbound Sprain Brook Parkway, officials said.

Angel Serbay, who left behind a young son, had also been strangled.

"She was a very good person... We miss her. We miss what could have been for her," Serbay's mother, who described her daughter as a "lost soul," told The Journal News in 2006.

But both cases remained cold until this year, when detectives from the NYPD Bronx Homicide unit reportedly resubmitted the fingerprint found where Almontaser was killed.

The fingerprint allegedly matched Gonzalez, a married father and resident of Naples, Fla.

Gonzalez's prints were on file after his April 2017 arrest by the Collier County Sheriff's Office for driving without a license.

He was free on $500 bond, but was again picked up by police while driving on Tuesday.


As of Thursday, he was awaiting extradition to New York and is expected to be arraigned on his murder charge Dec. 4, online records show.

Gonzalez, who used to live in the Bronx and in Yonkers, was working at a Toys "R" Us in Naples at the time of his arrest.

"This is a highly disturbing allegation and we are working to investigate whether this individual works for us so that we may take action immediately," the toy company said in a statement to WBBH-TV.

An avid user of social media, Gonzalez took to Facebook to post photos of his children and wife.

"Dear God, I wanna take a minute not to ask for anything from you, but simply to say thank you for all I have!" he posted in 2013.

One year earlier, on the anniversary of Almontaser's death, he wrote: "When things are not meant to be ... You just let them go some things are not worth holding on to."