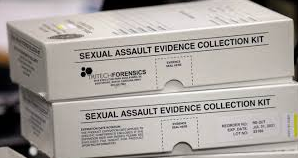 ALBANY, N.Y. — More than half of New York's police agencies and prosecutors to report the number of untested sexual assault evidence kits to the state, hamstringing a state report meant to tally the full total.

The state Division of Criminal Justice Services issued a report Wednesday that counted at least 1,622 rape kits across the state that had not yet been sent to a laboratory for testing.

The report, which was required by law, captured just a fraction of the total: Only 265 of 586 police and prosecutorial agencies across the state submitted their results on time.

Among some of those that missed a Feb. 17 deadline were some of the biggest police agencies in the state, including the New York City, Buffalo and Yonkers police departments.

Confusion surrounding the deadline may be to blame for the low participation.

The law came in response to a state- and nationwide backlog of untested kits, with .

But when Cuomo signed the bill in November, he and lawmakers also agreed to a series of tweaks, including one requiring police agencies to submit their total number of untested kits to the state. Those amendments weren't approved until early February.

Now, the state division keeping track of the total is giving police and prosecutors until March 31 to report their total, with an addendum to its report to follow.

Peter Kehoe, executive director of the state Sheriffs Association, said he's "confident" that most if not all sheriffs offices will meet the new deadline.

"It appears that there was a relatively short time period between the request and the deadline to report, and some agencies just could not get to the paperwork in time, due to other also pressing matters," Kehoe said in an email.

"I believe a number of agencies have filed the report since the Feb. 17 deadline."

Among those that did report their total to the state, the Nassau County Police Department on Long Island had the most untested kits with 344, followed by police on SUNY campuses, which had 183.

The Binghamton City Police Department had the third-highest total: 95. Elmira reported 48, while the city of Ithaca did not report its total to the state, according to the report.

A spokesman for the Yonkers police did not return a call seeking comment Thursday.

The Rochester Police Department, meanwhile, reported that it had completely wiped out its backlog of untested kits, which had been more than 100 in 2015.

Michael Jones, a Rochester police lieutenant, said the state law cleared up some ambiguity, which allowed the department to more easily submit some kits that had less investigative value to labs for testing.

That helped clear up much of the department's backlog, he said.

"Basically, we prioritized kits based on their investigative status and value, sending some to our county lab and others to the FBI lab," Jones said. "That still left a lot of kits that we had left over that didn't have investigative value, and we didn't want to destroy them or get rid of them."

Jones continued: "So once the state legislation was passed requiring (police) to submit them, we were now able to turn them over."

"There are no if, ands or buts about this," she said. "Rape survivors deserve to have these kits tested."