It was alleged the cocaine had been replaced with another substance and was given to another person, who then sold it and shared the profits 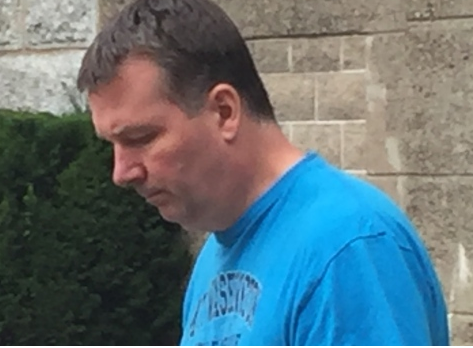 An RCMP staff sergeant in Nova Scotia has been charged with drug trafficking after an investigation into the theft of cocaine from an evidence locker last year.

Craig Robert Burnett, 48, is charged with:

Burnett is an RCMP officer with the communications centre in Truro, N.S.

The Serious Incident Response Team, the province's independent police watchdog, started an investigation in September 2015 when it was contacted by the RCMP in relation to information received about Burnett.

"It's certainly disconcerting for everyone when a police officer is alleged to have committed a serious offense," Ron MacDonald, the director of SIRT, said Thursday.

Burnett, a 25-year member of the RCMP, is currently suspended with pay.

The RCMP received information that alleged a member had stolen 10 kilograms of cocaine from an exhibit locker at the former Halifax RCMP office on Oxford Street in 2011, MacDonald said.​

It was alleged the cocaine had been replaced with another substance and was given to another person, who then sold it and shared the profits.

The drugs reported stolen were scheduled to be destroyed, as they were no longer evidence in a court case.

Burnett previously served with the RCMP in Newfoundland and Labrador, police confirmed.

The investigation was helped by RCMP from Newfoundland and Labrador, Nova Scotia, British Columbia, Alberta and P.E.I., MacDonald said.

"Given the resources that were necessary for this particular investigation, SIRT was unable to conduct it using our own resources," he said.

"The RCMP provided a substantial number of resources to this investigation to lead to this conclusion."

Burnett appeared in provincial court in Halifax on Thursday.

Tweet
How do you feel about this post?
Happy (0)
Love (0)
Surprised (0)
Sad (0)
Angry (0)
Tags:
altered evidence assault  kits stealing cocaine evidence locker exhibit locker Big Three: Chain of Custody
FDA to step up targeting of fentanyl, other synthe...
Aberdeen police lieutenant suspended for allegedly...
Comment for this post has been locked by admin.