Local officials said there are many reasons a kit may not have been tested, the most common being that the victim did not cooperate or declined to move forward with the case. 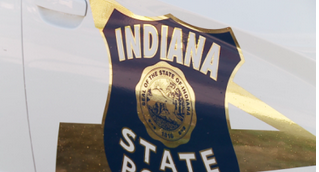 INDIANAPOLIS — Indiana State Police plan to conduct an audit of untested sexual assault kits that may have lingered for years in evidence collection rooms across the state.

The Indianapolis Star reported the update comes after the Indiana Senate on Wednesday approved a resolution urging state police to do an audit.

The measure by Republican Sens. Michael Crider and Eric Houchin requested a "thorough audit" of all untested evidence gathered from sexual assault examinations in the state. The senators want state police to report their findings to a panel of statehouse leaders by Dec. 1.

"When the audit is complete, it's our hope to learn more about why there is a backlog on testing these kits," Crider said. "It's my goal to stop this problem before it gets any worse and get ourselves in a better place going forward."

In Marion County, there are more than 5,000 untested kits that have been collected since 2000. Tippecanoe County has at least 148 kits. Kits contain forensic evidence, such as clothing, fingernail scrapings and swabs from various parts of an individual's body, gathered through an invasive and intensely personal exam that takes about three hours.

Local officials said there are many reasons a kit may not have been tested, the most common being that the victim did not cooperate or declined to move forward with the case. In other cases, offenders confess before the sexual assault kit is tested. Other times a kit isn't tested if the offender is someone the victim had a prior consensual sexual history, so testing the kit to find the offender's DNA will not prove a crime has occurred or if other physical evidence or witness testimony disputes a victim's account of what happened.

State police spokesman Captain David Bursten said the agency will connect with other law enforcement agencies and prosecutors throughout Indiana to determine the best method to compile information on untested kits and provide a report.

Information from: The Indianapolis Star, http://www.indystar.com