BE ON THE LOOK OUT 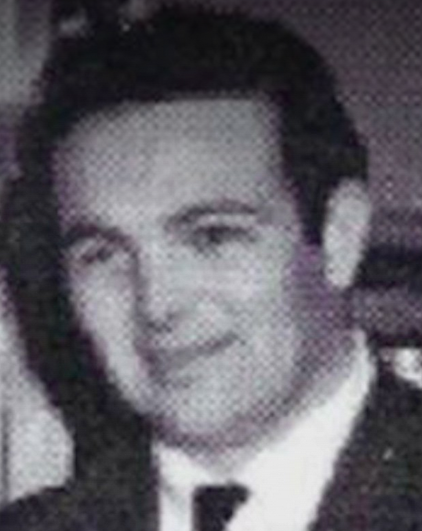 Officials in Jefferson County made that announcement Thursday involving a homicide that happened when John F. Kennedy was president.

It has been almost 57 years since Margaret "Peggy" Beck, 16, was raped and killed at a Girl Scout camp in Jefferson County. DNA evidence led to an arrest warrant being issued.

James Raymond Taylor would be 80 years old now. He is being sought by the Jefferson County Sheriff's Office on suspicion of sexual assault and murder.

"Nothing would give us greater pleasure than to actually put the handcuffs on James Taylor," said Jefferson County Sheriff Jeff Shrader.

Taylor is accused of raping and killing Beck — a Girl Scout camp counselor — on Aug. 18, 1963 at what was called Flying G Ranch.

"There were marks on her neck and there were signs of a sexual assault that had occurred," said sheriff's investigator Elias Alberti.

Mitch Morrissey, former Denver District Attorney, has been helping in the investigation.

"Her tent mate got sick and spent the evening at the infirmary," Morrissey said. "So she was in the tent by herself."

Morrissey works for United Data Connect, a company that was instrumental in helping Jefferson County investigate genetic genealogy for the cold case.

"Nowhere in the world have they solved a case this old with genetic genealogy," Morrissey said.

Shrader says solving cold cases is important not only to seek justice, but to bring closure after years of heartache.

"Her three sisters are alive, and this is a painful time for them," Shrader said.

Beck was a student at North High School. She was the oldest of four girls.

Investigators say preserved DNA evidence from the crime scene was used to create profiles in 2007 and again in 2019. Those profiles were used to match similar profiles in online consumer databases leading investigators to Taylor's relatives.

"We have spent several months searching for James Taylor with no luck," Alberti said.

Deputies do not know if Taylor is alive. They say he has a rap sheet from the Las Vegas area dating back to the early 1970s. He was last seen near Vegas in 1976