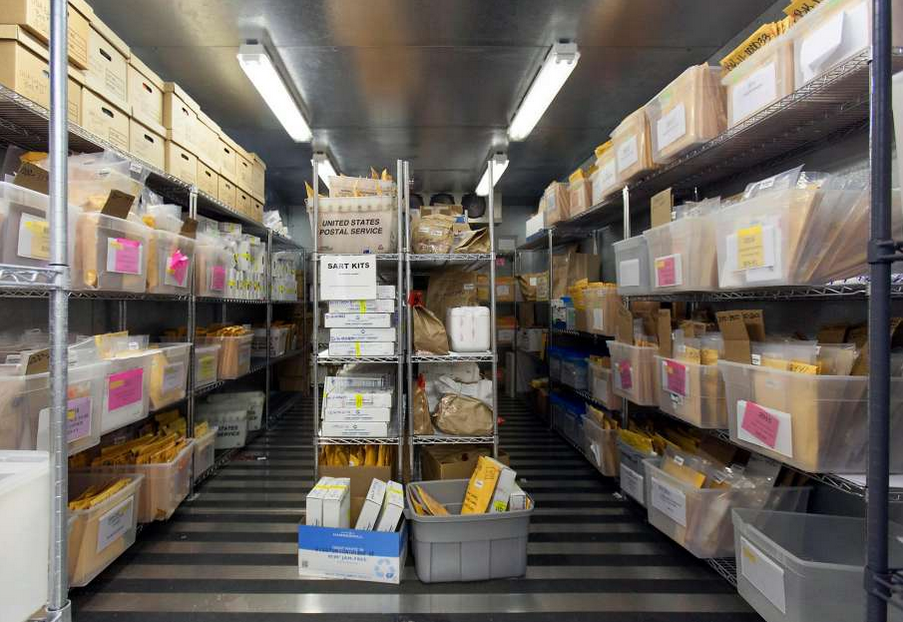 It takes great courage to undergo a forensic rape examination.

When a sexual assault survivor is escorted into that designated room, there is much more at stake than just evidence. There must be dignity. There must be respect. Justice goes well beyond identifying the attacker. The process must be fair, speedy, smart and comprehensive.

The deadline would be a significant improvement over the status quo, and the governor should sign it.

However, Santa Clara County's experience is proof that counties can do even better.

A year ago, there were about 265 rape kits in our laboratory awaiting testing.

This wasn't an uncommon situation — the rape kit backlog numbers are so bad and so hard to scrutinize that the Legislature passed AB3118, from Assemblyman David Chiu, D-San Francisco, last year. This law requires police departments, crime labs, medical facilities and any other agency possessing sexual assault evidence kits to conduct an audit of all untested kits and report the findings to the state Department of Justice. (The Justice Department will submit a report to the Legislature on its findings by July 2020.)

Did you know that subscribers get full access to our native app?

In Santa Clara County, we've spent the past year making important changes to clear out our backlog. In June 2018, the County Board of Supervisors approved first-in-the-nation legislation setting a 30-day deadline goal. The board appropriated more than $600,000 toward the cost of testing, including hiring additional criminalists. Our crime lab now has a team of criminalists dedicated to testing rape kits.

The 30-day deadline was not our invention. Advocates regard it as a best practice. The National Institute of Justice has urged law enforcement agencies across the country to move up rape kit testing timelines and clear backlogs.

These efforts were in response to deeply disturbing conditions — some jurisdictions have thousands of untested kits. After untested kits were finally examined in Delaware, a serial rapist was identified, prosecuted and, this September, convicted.

Today, every one of Santa Clara County's 265 backlogged kits has been, or is being, tested. We will continue to work with our law enforcement agencies to ensure that rape kits are quickly submitted for testing. We believe such action not only sets the standard for the county but for the rest of California and, hopefully, the nation.

Other jurisdictions can learn from our experience. What we found was that we had to do more than just improve the length and comprehensiveness of our testing. Substance couldn't be sacrificed for speed. Our triage system for the kits needed to be improved. We realized that our process was myopic — too focused on arrest and prosecution, and not enough on the victim.

As the mother of one local teen rape victim told authorities, the uncertainty of not knowing when and if the evidence she provided would be processed by a lab or simply left to gather dust on a shelf weighed heavily on her.

"Not knowing was hell," the mother said. "It's bad enough having the trauma of a sexual assault — it's a nightmare. Then to have it compounded by the inability to act — well, that is just deplorable."

As helpful as the 120-day deadline may prove to be, we think California and the nation can do better. Surely, it should not only come down to cost.

Testing is not the only problem inherent in the low prosecution rate of sex crimes, but it's one that may be the most easy to correct. We hope police departments, prosecutors, politicians, and, most of all, the people of California will join us in our work to create a sense of competency and comfort, not confusion, for survivors.

When they walk into that examination room, when they take the stand, when they walk out of the courtroom back to their everyday lives, victims deserve to know that we are striving to give them justice and respect in equal measure.

Too many California counties have rape kit backlogs. The experience of Santa Clara County shows why that’s a choice they don’t have to make — and why Gov. Newsom should sign a bill requiring them to test them quickly.
https://www.sfchronicle.com/opinion/openforum/article/Open-Forum-California-can-end-its-rape-kit-14490918.php