Oregon Humane Society under investigation amid accusations of mishandled evidence

"serious allegations" that at least one officer mishandled evidence 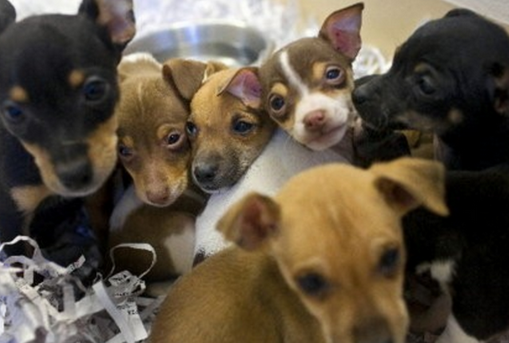 Oregon State Police have suspended the law-enforcement credentials of the Oregon Humane Society's animal-abuse officers, pending an investigation into "serious allegations" that at least one officer mishandled evidence and used improper investigative techniques in cases involving animal abuse and neglect.

If the allegations are found to be true, it's possible that scores of criminal cases against animal owners could be potentially thrown out.

In past years, the nonprofit society has employed two "special agents" -- dubbed by the organization as "animal cops" who hold all powers of full-fledged police officers. They have undergone training like other officers at the state's Department of Public Safety Standards and Training and have the authority to issues citations, arrest suspects, lodge them into jail and act as witnesses in their prosecutions.

The special agents' positions have been funded entirely by donations to the Portland-based organization.

The details of the allegations weren't immediately available. An Aug. 10 letter from Oregon State Police to the Humane Society states only that the nonprofit's employees are under investigation for alleged "mishandling and improper storage of evidence" and alleged "improper investigative techniques."

"(I)t is clear that an investigation into the law-enforcement practices of Oregon Humane Society personnel is necessary," wrote Travis Hampton, state police superintendent.

Hampton gave any special agents at the Humane Society a deadline of Wednesday to turn over their law-enforcement credentials.

The society issued this statement Wednesday:

"At the Oregon Humane Society, our Board of Directors and leadership team take concerns and complaints very seriously. Our highest priority is fostering an environment of compassion, respect and integrity. We are committed to conducting a thorough review of any complaint with the highest level of objectivity and transparency. We remain focused on our mission and continuing the life-saving work that has been part of our legacy for 150 years."

Over the years, the nonprofit's special agents have investigated an assortment of cases: dozens of cats or dogs crowded into feces-laden homes, breeders overwhelmed by the duties of caring for scores of animals, emaciated horses that have lost hundreds of pounds, animals caged and forgotten, and yet others left with untreated open sores or pus-filled masses.

According to the Humane Society, it served as a lead investigatory agency in 990 cases in 2017.