Our view: APD audit should serve as a lesson for Auburn

An audit of asset seizure funds handled by the Auburn Police Department showed that more than $300,000 hadn't been properly accounted for. 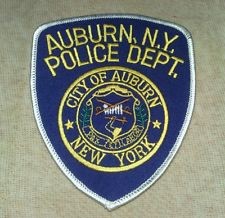 An audit of asset seizure funds handled by the Auburn Police Department showed that more than $300,000 hadn't been properly accounted for.

That kind of news could come as a shock to city officials, but perhaps it really shouldn't, because nobody outside the police chief's office had ever kept tabs on the account to begin with.The APD, like police departments across the country, sometimes gets money when authorities seize the assets of criminals.

A recent audit going back to 2011 found that Auburn's funds had been kept in an account under the control of a single signer, former Police Chief Brian Neagle.

And while the audit found no evidence that any of the money had been spent improperly, it uncovered a number of instances of poor record-keeping and a lack of oversight.

As a result, the city has been ordered to institute new policies to protect its funds from waste, fraud and abuse. But those protections should have been there all along, and City Hall needs to make sure no other accounts are flying under the radar.Remember Sally Jo Widmer? She was the longtime president of the Auburn Teachers Association who had sole control over union dues. Nobody ever asked any questions, because they assumed that she was doing a good and noble job.

But after Widmer's death in 2012, investigators found that she had spent more than $800,000 of ATA funds, more than $300,000 of it on trips to the Turning Stone Casino. In the case of the APD, it took a disgruntled police union complaining about the way they were being treated and how the department was being run under Neagle to catch the attention of federal investigators. If that hadn't happened, the asset seizure accounting mess may not have been discovered for years,

if ever.There is no indication that any money was stolen from the APD, but that shouldn't be the litmus test of whether an account is being properly handled. There was poor management on Neagle's part, to be sure, but a lack of oversight by several incarnations of city council, plus the city manager, comptroller and attorney offices, allowed the asset seizure account to remain a mystery.

The lesson to be taken is to make sure this sort of one-person accounting never happens again with regard to monies flowing into and out of any accounts connected with the city. A huge pool of money under the control of a single person is a recipe for disaster, and it's time to look at every other department to make sure something similar isn't going on elsewhere.