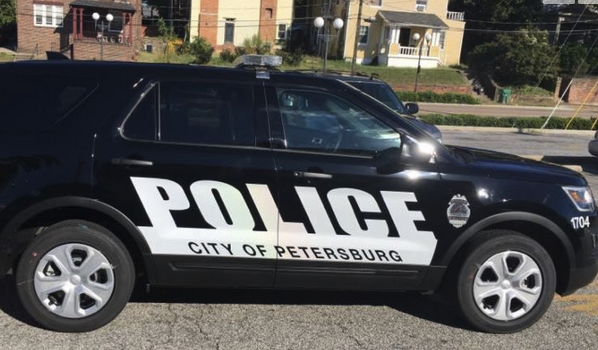 A Petersburg police detective who was banished from the department's evidence and property room six years ago amid a scandal involving missing evidence that included $13,000 has retired after he was linked to "hidden" evidence found in the ceiling of the office where he worked, in a dumpster outside police headquarters and elsewhere.

The disclosure that evidence involving multiple criminal cases was discovered concealed in various locations of the Petersburg Police Department's criminal investigations unit has raised concerns that an unknown number of cases assigned to former Senior Detective Roosevelt Harris may be tainted. An onerous review of his cases is underway.

Harris, who had been with the department for 23 years, retired June 30, about eight weeks after he was placed on administrative leave for misconduct. Police officials on May 8 notified the Petersburg Commonwealth's Attorney's Office about the hidden evidence and documents with Harris' name on them.

Petersburg police Chief Travis Christian confirmed that evidence he described as being "improperly stored" was found in the department's investigations office but he declined to name the officer involved — citing it as a personnel matter protected from disclosure. The chief did confirm that the officer is no longer with the department.

Harris is named in several court documents filed by prosecutors and defense attorneys and in emails that have been obtained by the Richmond Times-Dispatch. "Who knows what happened to those items that were strewn about and not properly stored?" Petersburg Chief Public Defender Shaun Huband said about the evidence discovered in May."There's a great deal of potential concern, because the problem we're facing is that we are somewhat in the dark," Huband added. "Our dilemma is that we don't have a master list, so to speak, of all the potential cases affected — [that would allow us] to go back and look at the files and try to see if there is a remedy we should seek for those clients. Or if the case is still open and has not been resolved, how do we proceed from here." Harris returned a call to a reporter on Friday and indicated that he would provide a comment shortly, but he never did.

At least one attorney, Travis Williams, sought unsuccessfully to have DNA evidence against his client, accused of murder, thrown out on grounds that Harris mishandled it, and that Harris was compromised by a history of "negligence ... incompetence and corruption," according to court papers.

Williams is representing Jaquan Moultrie, who recently was convicted of fatally stabbing a woman in a 2019 Petersburg slaying. Less than two months before trial, Williams learned from the commonwealth's attorney's office that the murder victim's clothing, nail clippings, DNA card and personal effects were located in the ceiling above Harris' office at police headquarters."I don't think it was properly stored in the ceiling because that is where it should not have been," Williams said.

Williams said his initial thought when informed about the concealed evidence, was that it would take "a lot of effort to remove a ceiling panel and place it in the ceiling."

The attorney said he could have understood if the detective had left it in the back seat of his car by mistake. "But it seems to me a lot of extra effort was involved to place it in the ceiling. You've got [the evidence] inside a building already, so it would have been easier to put it in its proper place. In my imagination, I can't come up with what the purpose was of putting it in the ceiling."

Evidence that had been collected in another, unrelated case was found outside the police station in a dumpster but authorities so far have not disclosed what was found or identified the defendant to which the recovered items are linked.Defense attorneys are still looking for answers.

"If this 'hidden' evidence was exculpatory, that creates questions relating to the soundness of the prosecutions of cases," said Allen, who is representing a juvenile defendant charged with a serious offense for which Harris collected evidence. "Prosecutors have an ethical duty to disclose evidence that is favorable to a defense. This goes straight to the heart of an accused's right to a fair trial."

Defense attorney Catherine Lawler also raised concerns about Harris' credibility after she was notified one day before her client, Rickey Young, was to stand trial in May on nine violent offenses including murder, that Harris had been suspended for mishandling evidence, according to her court filing.

"Detective Harris' veracity is a crucial issue upon which the defendant is entitled to sufficient information," Lawler wrote in her motion seeking additional time to evaluate the revelations about Harris. Young's trial was continued to May 2022.

Petersburg Commonwealth's Attorney Tiffany Buckner, whose office was informed May 8 of the hidden evidence, has been advising attorneys of potential evidentiary problems as her office reviews cases that Harris handled. She and her staff have sent them emails and provided supplemental discovery documents that include a history of Harris' negligence in handling evidence.

"When my office learned of the situation, we immediately began to identify pending cases the reported actions concerned and disclose every piece of potentially favorable evidence to their attorneys," Buckner said in an email.

Later in a phone interview, Buckner said, "I'm working on this pretty much on a daily basis to get a grasp of what exactly is going on."

Buckner said she is reviewing information provided by the police department but has also developed a process of her own to identify potential problem cases. That includes a review of cases that have already been adjudicated.

"I want to make sure every case that I'm responsible for has integrity," she said. "Generally any case that is flagged as being involved, the attorney will receive notification."

Buckner said she's not aware of any cases thus far that have resulted in charges being withdrawn or dismissed due to mishandled evidence.

Harris has been reprimanded or suspended three times between 2004 and 2017 for improperly handling or losing evidence, and was removed as supervisor of the department's evidence and property room after an internal audit in 2015 revealed that at least $13,356 in cash from three criminal cases had gone missing, Petersburg police said at the time. His suspension in 2012 involved losing or misplacing $960 seized in two separate cases, for which he was required to make restitution, according to court documents filed by prosecutors in May.

He was transferred from the evidence room after the 2015 scandal, but was not demoted or reprimanded, according to court documents. Then-Petersburg Commonwealth's Attorney Cassandra Conover requested state police to investigate in early 2016, but after a three-year probe, no one was charged.

A special prosecutor appointed in the case "exhausted all leads with regards to the disposition of those funds, and there is no evidence linking any one suspect to the missing funds," former Petersburg Commonwealth's Attorney Cheryl Wilson, who succeeded Conover, said in 2019 after consulting the special prosecutor.

Attorneys have questioned why Harris was allowed to continue handling criminal evidence after repeated policy violations.

"My thought is that in any profession that any of us are in, if there has been a history of misconduct, we usually aren't allowed to continue," Williams said.

After the 2015 evidence room scandal, Harris was reassigned to patrol operations later that year but was transferred back to investigations in the fall of 2017 after Kenneth Miller was hired as chief. Christian succeeded Miller last year.

Christian said after he learned that some evidence had been improperly stored in the investigations unit, "we did an internal audit of all of our evidence, to include the evidence that had been found. And we determined there was no evidence missing from the Petersburg Bureau of Police related to any cases."

"Multiple pieces of evidence were found, associated with different cases," Christian said in response to a question about the scope of the problem. An internal investigation was commenced after "a couple of our employees discovered something that seemed out of place," he said.

Attorneys said the chief's description of the hidden evidence as being "improperly placed," rather than missing, appears to be a matter of semantics.

"When things are not stored properly, they are missing — at least from their proper storage location. Because it calls into question, 'What happened to it?'" Huband said.

"The whole point of the property room is having items that are secured and can't be tampered with," Huband said. "So when you go to court you can say, for example, here's the stuff we took off the defendant — and we're sure this is the same stuff because we locked it away and only certain people have access to it."

Christian said issues involving evidence collected by officers or "anything that would appear to be dishonest by way of policing" is taken very seriously by the department. "However, I am at peace with this situation because I know there's no evidence missing."

"If we had evidence that was missing, then I would definitely be alarmed," the chief said. "But here I have an employee who did not take the steps according to policy to properly process evidence and store that evidence. If we found that evidence was missing, I would have contacted outside authorities such as state police and have them come here to do an investigation."

Asked why an officer would be allowed to continue handling evidence after repeated policy violations over numerous years, Christian, who was appointed chief last November, said he couldn't speak to "previous behaviors from anybody associated with the department" before he assumed command.

"I've put measures in place to make sure that this doesn't happen with our agency again," said Christian, who declined to elaborate because it involved internal personnel policies. "[And] appropriate action was taken as it relates to the improper storage and processing of evidence."

A Petersburg police detective who was banished from the department's evidence and property room six years ago amid a scandal involving missing evidence that included $13,000 has retired after he
https://richmond.com/news/local/crime-and-courts/petersburg-detective-named-in-2015-evidence-room-scandal-retires-after-evidence-found-in-ceiling-dumpster/article_42191700-7a9e-5f6e-acb6-6117ad4d5e55.html
Tweet
How do you feel about this post?
Happy (0)
Love (0)
Surprised (0)
Sad (0)
Angry (1)
Tags:
evidence room missing evidence
‘He No Longer Gets to Hold the Secret': Killer ID'...
Meth contamination found in Washington State Patro...