Thousands of cases may be affected by problems at Seattle facility 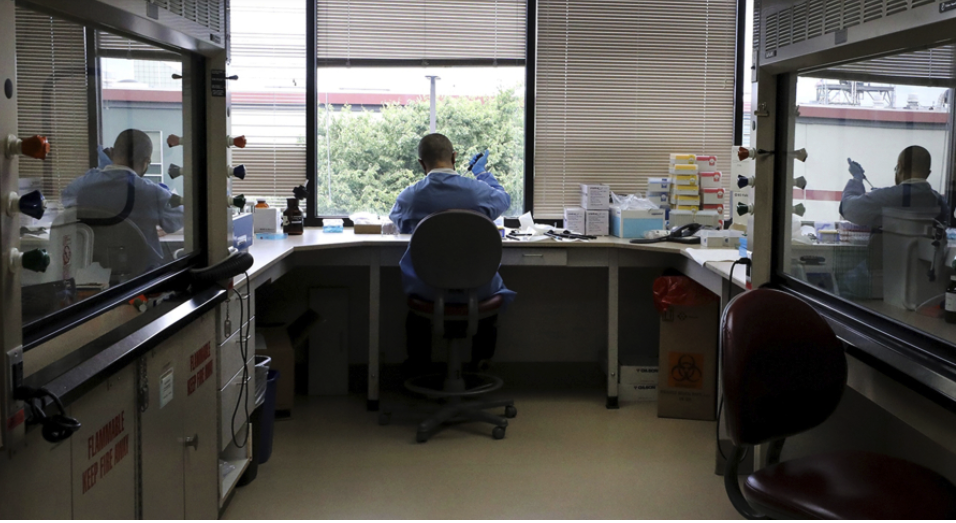 SEATTLE — Behind the locked doors of a third-floor office in South Seattle, countertop instruments filled with dozens of tiny vials feed data to nearby monitors while performing scores of tests each day in pursuit of justice.

The Washington State Patrol Toxicology Laboratory's sensitive drug-testing equipment analyzes blood samples taken from people across this state and others. The tests detect the slightest traces of chemical compounds and can help make or break an impaired-driving case, show if a rape victim was drugged or determine whether substances played a role in someone's death.

But in recent years, an unseen intruder has cast a lingering cloud over the seemingly orderly operations at Washington's only forensic toxicology laboratory: methamphetamine contamination.

Traces of the drug — linked to makeshift meth labs that scientists set up for training years earlier — have randomly emerged during drug testing since at least 2018, including in two new cases this year. But while lab officials acknowledge catching some cases — fewer than a dozen — with false positive results, officials deny the tox lab's integrity has been tarnished.

"At no time was any actual blood evidence compromised and we had never provided reports to customers that were compromised," said Chris Loftis, a State Patrol spokesman.

Some defense attorneys and a prominent laboratory quality-control expert dispute the tox lab's official line, however. They say the contamination may have tainted evidence in thousands of cases — including some in which defendants already have been convicted — and that lab administrators have downplayed the problem after keeping it private for more than a year.

"It puts every single sample that's been processed by this laboratory at risk," Janine Arvizu, a nationally recognized chemist and certified laboratory-quality auditor, told defense lawyers during a recent seminar.

Since March, public defenders who've uncovered internal documents about the tox lab's contamination have helped at least three defendants with meth detected in their blood — all of whom deny using the drug — beat DUI charges. A judge in one case ruled the tox lab's testing in a contaminated area amounted to "gross governmental mismanagement."

A public defender in Lynnwood, who has uncovered key records about the lab's contamination, is calling for an outside investigation.

"It's the state's role to make sure this lab is doing its job in the interests of justice," defense lawyer Bruce Adsero said. "They should realize that this isn't going away."

In 2002, shortly after the State Patrol's forensic laboratories moved into the city of Seattle-owned office building on Airport Way South, scientists in the State Patrol's Crime Laboratory — a separate lab that handles the bulk of forensic work other than toxicology tests — started cooking meth in a third-floor exam room.

"The forensic scientists had to learn how people were making this drug in the streets," Loftis said. "So it had merit and value."

The scientists synthesized the controlled substance 10 to 20 times in the room from 2002 to 2011, Loftis said.

After the crime lab moved out seven years later, in March 2018, the cramped toxicology lab, operating across a main hallway on the same floor, moved in.

Before expanding into the space, which they would come to call the "annex lab," toxicology officials didn't know about the previous meth production there, Loftis said. They also didn't check for contamination, he acknowledged, despite industry standards that say lab facilities' conditions "shall not adversely affect the validity of results."

Scientists noticed the first drug-testing discrepancy in October 2018, when meth showed up in a blood screening but wasn't corroborated in subsequent confirmation tests. Over the next eight months, two more cases with false positive meth tests emerged. Then, in June, six more cases were found, but this time at a hooded workstation in the main lab. All six had ties to scientists who also worked in the annex.

The nine cases with inconsistent results represented only a fraction of the thousands of cases handled by the lab during that time, Loftis said, "but it was becoming a greater concern."

By June 19, 2019, tox lab staff vacated the annex lab and its office, returning all drug testing to the main lab. Lab officials approved a $50,000 contract for BioClean, a remediation vendor, to decontaminate the space.

The contractor found meth residue on the ceiling and walls, in air vents, on doors and the floor, including various samples exceeding the state's limits for occupying a dwelling. Three swabs also tested positive for cocaine, a report shows.

Sampling also found meth in the main tox lab, in the vent of a hooded workspace used to extract and prepare testing samples and where the latest six false positive cases had emerged.

Toxicology officials initially hoped to reoccupy the annex after BioClean decontaminated it, but Dr. David Northrop, the state's crime-lab manager, warned at least some forensics lab personnel in a December 2019 email that "It should be considered absolutely inappropriate" to perform toxicology functions "in the same space that bulk-drug chemistry work is either being done or has been done."

BioClean eventually tore out ceiling tiles and air ducts and stripped the walls to the studs, but couldn't completely clean the annex to the nondetectable meth levels that lab officials wanted, records show. After about a year, the contractor managed to reduce the contamination to levels within state-occupancy guidelines, but the annex lab has since been sealed and remains vacant.

Since March 2018, when the tox lab moved into the contaminated annex, the lab had performed testing on nearly 51,000 Washington cases and a combined 700 cases from Alaska and Oregon through mid-June of this year.

More than a year after they vacated the annex, tox lab officials still hadn't notified prosecutors — who are obligated to disclose potentially exculpatory information to defendants — about the contamination.

They only confirmed the problem after an "offhand comment" that a local deputy prosecutor "heard at a social setting" led prosecuting groups to question state toxicology officials, said Pam Loginsky, staff attorney for the Washington Association of Prosecuting Attorneys.

The disclosure did not identify individual cases at that point, nor did it offer that meth also had been found in the hood vent of the main lab where all of the lab's testing was then being performed. It included July 2019 email exchanges showing the tox lab had notified its accreditation agency.

"Essentially, all we got was three pages of information and a couple of supporting documents," said Adsero, whose firm provides public defense work for the indigent in Lynnwood.

In a recent interview, Loginsky said "nothing nefarious" contributed to the lab's delayed disclosure. "I think they didn't understand the scope of their duties" to disclose such information to prosecuting authorities, she said. They've since been given training about legal disclosure obligations, she said.

About two weeks after the first notification, Loginsky sent prosecutors statewide a master list provided by the lab that detailed 3,832 cases with at least one test tied to the annex space. She asked prosecutors to distribute the list to local defense attorneys.

She also left it up to local prosecutors to determine whether further disclosures were necessary for any "concluded cases," opining that potential impeachment evidence "need not be disclosed in cases that resulted in guilty pleas."

Disclosure delays, battles over records and other transparency issues remain a running point of contention that has left the public largely in the dark about the tox lab's ongoing contamination problem, defense lawyers say.

SEATTLE — Behind the locked doors of a third-floor office in South Seattle, countertop instruments filled with dozens of tiny vials feed data to nearby monitors while performing scores of tests each day in pursuit of justice.
https://www.columbian.com/news/2021/aug/01/meth-contamination-found-in-washington-state-patrol-crime-labs/
Tweet
Tags:
fentanyl exposure fentanyl West Coast
×
Stay Informed