Spaulding reportedly oversaw the evidence room and detective bureau from 2011 to 2016. In October 2016, he moved to the role of administrative captain, but still had access to the evidence room.ter Headline here 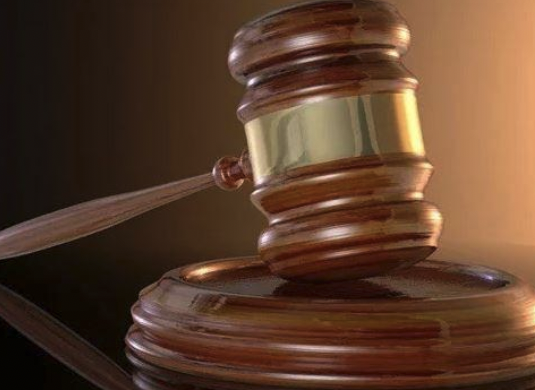 August 4, 2021WEST SPRINGFIELD, MA (WGGB/WSHM) -- A former West Springfield police captain has been convicted of taking money from the department's evidence room for personal purposes, including paying his mortgage.

The office of Mass. Attorney General Maura Healey said that 54-year-old Daniel Spaulding of West Springfield was found guilty after a five-day bench trial on a charge of use of official position to obtain an unwarranted privilege.

Spaulding reportedly oversaw the evidence room and detective bureau from 2011 to 2016. In October 2016, he moved to the role of administrative captain, but still had access to the evidence room.

West Springfield Police conducted an inventory of cash in the evidence room in March 2017 and found that there were three missing evidence bags of money that totaled $17,611.

Healey's office added that Spaulding was interviewed in May 2017 and later turned over the missing evidence bags. He reportedly told investigators that he believed the bags had been tampered with and took the money to his office for safekeeping to give to the auditors. The money was also returned, but investigators found that some of the bills were paid out from the Federal Reserve after the date they money was originally seized, which the A.G.'s office said indicated that the money that had been in the evidence bags was replaced.

Sentencing is scheduled for September 21.

West Springfield Police said in a social media post that, in light of Wednesday's news from Healey's office, they will be working with their human resources going forward. They added, "Captain Spaulding is currently on unpaid Administrative Leave. We cannot comment further due to this being a Personnel matter."