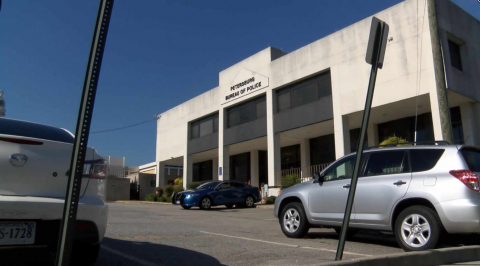 Through an open records request, we've uncovered an insurance claim filed by the Petersburg Police Department for $20,000. It was filed with VACorp Risk Management several weeks after we started asking questions last fall about missing money from the Petersburg police evidence room.

The claim was filed 21 days after a press release from the police department on November 12. In the release, the department, under now-fired Chief John Dixon, said $13,356 was missing.

In that statement, the department said, "it appears to be procedural and clerical issues rather than criminal."

But that insurance claim filed 21 days after that statement says the money was "stolen" from the evidence room. It says the "event" date was August 4 and it was reported to insurance on December 2.

We took the claim to acting Petersburg Police Chief Bill Rohde, who said, "I was not aware of that."

This was the first time Chief Rohde saw the insurance claim. He was retired from the department when it was filed and wasn't part of the decision making.

"It's pretty unusual to have that amount of money missing. That doesn't happen every day," said Chief Rohde.

He says after taking office, he's learned the department did start an internal investigation into the missing money, but it was suspended when State Police launched its investigation last December.

"I hear it from officers all the time. They really want the investigation to be concluded so that if someone did something wrong, that person's identified and the department can move on," said Rohde.

State Police and FBI agents served a search warrant on the department last month. The investigation is still underway. The document says the claim was accepted by insurance, but Rohde says he doesn't know if it was ever paid out to the city. The claim status is still listed as open.