No agents were injured as they wear Personal Protective Equipment that includes masks and gloves. 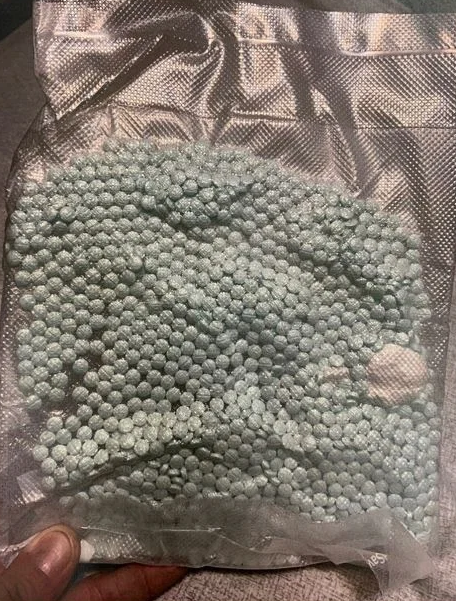 SEATTLE – A five-month investigation into a scheme to sell fentanyl-tainted counterfeit opiod pills with M-30 markings has led to the arrest of two men from Bellingham.

U.S. Attorney Brian T. Moran announced the arrest of 38-year-old Troy Klander and 38-year-old Zachary D. Salas. Both men appeared in Federal court on Friday on charges of conspiracy to possess fentanyl with intent to distribute. They remain in custody.

"These counterfeit oxycodone pills, laced with unknown amounts of fentanyl, have proven deadly in our communities," said U.S. Attorney Moran. "I commend the DEA agents and local law enforcement officers who continued this investigation despite the challenges presented by the COVID-19 lockdown."

According to the criminal complaint filed in the case, law enforcement used confidential sources and undercover officers to purchase the fentanyl laced pills from Klander and to identify Salas as a source of supply.

On May 28, 2020, a Drug Enforcement Administration-led task force executed search warrants at six locations in Whatcom County. At one location, Salas refused to co-operate with law enforcement resulting in a one-hour standoff. The standoff ended peacefully and Salas was taken into custody.

"Even with the hurdles presented by the COVID-19 crisis, we were able to investigate and safely remove these suppliers of dangerous counterfeit pills," said DEA Special Agent in Charge Keith Weis. "These pills laced with fentanyl can be highly toxic when handled and are indiscriminately killing tens of thousands of people yearly in the U.S. The identification and disruption of those involved in this illicit distribution chain remains a high priority for law enforcement at every level."

Over the course of the investigation law enforcement seized 500 counterfeit oxycodone pills tainted with fentanyl, cocaine, heroin, and crystal methamphetamine, as well as a stolen gun and more than $100,000 in cash.

While processing the pills for evidence under a fume hood, fentanyl was likely transferred onto the gloves of DEA agents. Just a tiny amount of the synthetic opiod has been shown to kill. No agents were injured as they wear Personal Protective Equipment that includes masks and gloves.

However, someone buying the fake oxycodone could be in serious jeopardy without realizing the danger they are in from just handling the pills.

The case is being prosecuted by Assistant United States Attorney Seungjae Lee.