Among other benefits, it would allow them to be awarded up to $10 million in damages rather than $700,000. 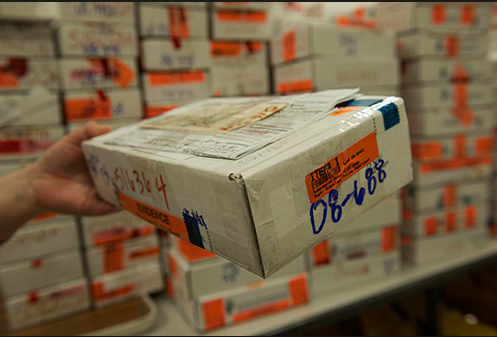 MEMPHIS, Tenn. — Rape victims are still waiting to get justice as the lawsuit against the City of Memphis for the thousands of untested rape kits moves forward.

Valencia Woodin is one of those victims. She was raped at a hotel five years ago. "To me, as a victim, it takes a lot of courage because we have to relive the same wounds, the same scars and the same dreams and nightmares basically," she said.

She's been hospitalized and put on medication to cope with the trauma, even found herself homeless at one point.

She's now part of the lawsuit against the city for the emotional damage their negligence caused.

The lawsuit's been in the works for about four years.

The latest hurdle for the plaintiffs is getting it to be considered a class action lawsuit.

Among other benefits, it would allow them to be awarded up to $10 million in damages rather than $700,000.

"We are crystal clear of a class action as is possible," attorney Daniel Lofton said. However, the city of Memphis argues otherwise and has continuously tried to get it dropped altogether.

On Thursday, both sides reviewed the lawsuit with the judge. She then asked for a new motion to be filed if plaintiffs want to be considered for class action.

The judge has made it clear she wants to get this case moving by setting the next hearing for the first of June.

"We are making progress. A complicated car wreck case can take four or five years, so keep that in mind when you put it into perspective," Lofton said.

Since filing it four years ago, Lofton thinks one person's really helped prove their point so far.

"The deposition with Cody Wilkerson really kicked the door open and set a very good tone for this case and we're going to continue down that road," he said.

He retired in 2016 after several years of investigating rape cases.

"They're very difficult cases to investigate," said Wilkerson. "On top of that, sexual deviants, predators, they prey on the weak and vulnerable, so they target prostitutes, they target mental patients, they target drug addicts…because they can get away with it."

His insight of what went wrong in the department could play a big role in the lawsuit.

Although protocol is for detectives to meet with supervisors and prosecutors before closing a case, Wilkerson said that often didn't happen, which led to many of these rape kits not being tested.

"The problem was a lack of supervision and a lack of oversight, so a detective had the ability, not by policy and procedure, but had the ability to close a case and move it into cyber space and nobody would ever be the wiser of it," said Wilkerson.

"So, today you think rapists are still slipping through the cracks?" WREG's Bridget Chapman asked.

Wilkerson said he hopes his voice and this lawsuit can bring change.

We reached out to the Memphis Police Department to see if policies for closing cases have changed since Wilkerson was a lieutenant with them, but we have not yet heard back.

MEMPHIS, Tenn. — Rape victims are still waiting to get justice as the lawsuit against the City of Memphis for the thousands of untested rape kits moves forward.
http://wreg.com/2018/05/10/plaintiffs-suing-memphis-for-untested-rape-kits-hope-to-be-considered-class-action/
Tweet
How do you feel about this post?
Happy (0)
Love (0)
Surprised (0)
Sad (0)
Angry (0)
Tags:
rape kit back log
Rape Kit Tracking Bill Goes To Gov
SJC considers tossing out 11,000 more drug cases
Comment for this post has been locked by admin.