The bill the Senate passed Wednesday requires the implementation of kit-tracking by the Division of Scientific Services. 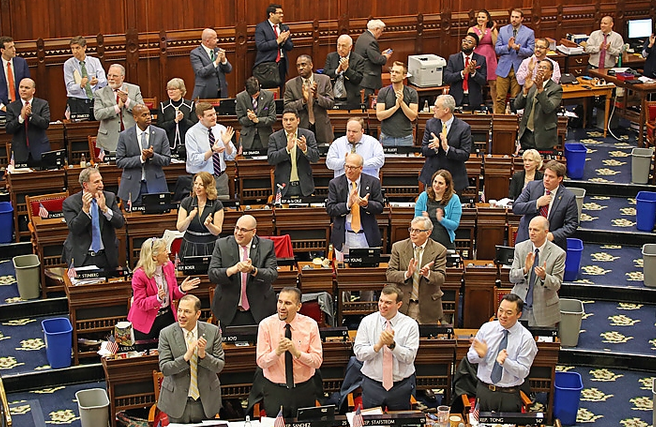 HARTFORD, CT — The House passed legislation Wednesday designed to improve the tracking of rape kits once they are tested.

Gov. Dannel P. Malloy has already said he would sign it.

"This is a good bill," Joe Verrengia, D-West Hartford, said. "It will bring sexual predators to justice."

He said the bill doesn't solve the entire problem "but it sends a strong message that we are standing with the victims."

The bill actually is intended to build on a 2015 law.

In 2015, over 1,100 sexual assault evidence kits collected in the state had not been processed. Some of them had gone untested for years.

The 2015 law required all evidence kits to be sent to the state crime lab within 10 days of collection and to be tested within 60 days of receipt. The kits were then transferred to the Connecticut Forensic Science Laboratory and over 75 percent have been processed since.

Supported by two recently awarded federal grants, the governor formed a working group to enhance standardization and advancement of evidence testing kits, including measures to improve the ability of victims to track and access information regarding their kit.

The bill the Senate passed Wednesday requires the implementation of kit-tracking by the Division of Scientific Services. It also dictates the development of guidelines for the use of kit-tracking software and the training of employees at healthcare facilities where collection examinations are performed.

It would further require the development of procedures for ensuring that victims have access to the status of and information pertaining to their kit, and require that a sexual assault crisis counselor be contacted upon identification of and approval by a victim.

"The proper testing of these evidence kits is both a matter of justice for the victim and a matter of public safety," Malloy said. "The evidence secured through the collection of DNA can eliminate or identify a suspect, identify someone with previous convictions, link cases, and identify serial rapists."

He said in recent years they've made progress in improving the processing of evidence and improving services for victims.