It's not about the biscuits, they say; it's the principle of it all 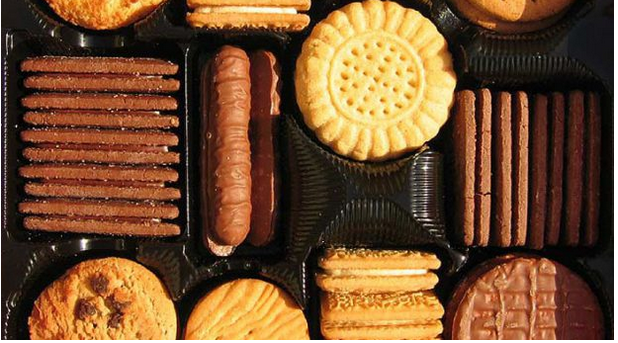 A police officer is facing an internal disciplinary hearing over a classic case of inter-office political wrangling, after he was accused of taking another officer's biscuits from a cupboard. Yes, everyone waded in over that.

It's not about the biscuits, they say; it's the principle of it all. The Met Police constable in question is accused of taking a double decker assortment box from a shared staff area, with his employer saying this shows a shocking lack of professional standards regardless of whether he intended to guzzle all the biscuits himself in tears in the toilet or, as the accused claims, share them out among staff.

That's a lie and it's the lie that's the problem, says Met Police representative Charles Apthrop, who explained: "The appropriate authority's perspective is that it is not the value of what was taken, it is what was done. It shows clear evidence of misappropriation of property. The officer was aware it belonged to someone else and the officer has taken it."

The specific brand of biscuits involved isn't mentioned, which makes it harder to rule on. If it was some stale old Family Circles, we'd let him off with a warning and ask he replaces them with the equivalent weight of custard creams, then let that be the end of it. If it was a post-Christmas luxury Victoria assortment he broke into without permission, though, he deserves a public flogging. There's biscuits and there's biscuits. [Sky News]

Took another man's biscuits. Should be dragged through the streets behind his own police car for such a thing.
http://www.gizmodo.co.uk/2018/02/police-officer-faces-tribunal-over-staff-room-biscuit-theft/
Tweet
Tags:
assault  kits Chain of Custody Big Three: altered evidence
×
Stay Informed