The finding identified a number of weaknesses within the department after a former employee stole two guns, $2,000 went missing from a police department fund, and a gold necklace disappeared from the evidence room. 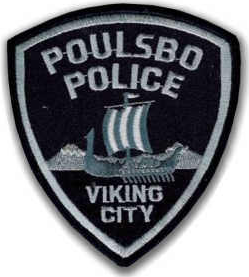 Recent thefts within the Poulsbo Police Department prompted the city to make drastic changes to agency practices in the last year. That's a good thing, according to the Washington State Auditor's Office, which outlined the need for improvement in an audit finding released Tuesday.

The finding identified a number of weaknesses within the department after a former employee stole two guns, $2,000 went missing from a police department fund, and a gold necklace disappeared from the evidence room.

There were no surprises in the audit, Mayor Becky Erickson said. State law requires cities to request an audit when theft occurs within departments, but Erickson said the city would have asked for the review even without the legal requirement.

"As soon as we truly became aware of what was occurring we contacted the auditor's office and brought them in," she said.

"We had a thief and whenever you have a thief it is a betrayal of trust," Erickson said. "Since that point we have made very large changes so this will never happen again."

Erickson was referring to Amanda M. Dixon, 23, a former clerk with the department. Kitsap County prosecutors have charged Dixon with two felony counts of theft of a firearm for taking two guns that were scheduled to be destroyed. Dixon denies taking the guns, which were found in her car, according to court documents.

Dixon's trial is scheduled for March 13.

Since the thefts were discovered, the police department has been moved into the city hall building, creating a new evidence room with strict policies for documenting and tracking evidence using a new software system. The audit found the department previously did not maintain a permanent log of evidence. The police department also has brought in new personnel.

Having the department in city hall with the finance department minimizes the chance for money to go missing, according to the city's response to the audit. The city learned in August 2010 that $2,000 was missing from the police department's Special Investigation Unit fund, an account used for drug investigations.

Audits conducted in 2007 and 2008 recommended the city decrease the amount of money in the fund, which held $2,500. In August 2010, when the city prepared to move $2,000 from the fund, it was told by the police department that the money had been deposited with the city's finance department in July 2009. Neither department had receipt of the transfer, nor could they or the auditor's office find where the $2,000 went.

It's unclear if the money was transferred or stolen, Erickson said. Likewise, officials don't know if a gold necklace that is missing from the city's evidence room was stolen or misplaced.

All cash transactions are now handled by the finance department. All other deposits require a receipt at the time of deposit. A review last spring by the auditor's office found the police department was complying with the new practices.

Tuesday's finding also recommended the city strengthen controls over the destruction of weapons, saying at least two people should be present at the destruction and each weapon should be separately certified by each employee.